To share your memory on the wall of Thomas Aukstikalnis, sign in using one of the following options:

Tom also leaves behind many nieces and nephews. He was the last surviving member of his family and was predeceased by his late father Walter Aukstikalnis and his late mother Anastasia (Evashouwsky) Aukstikalnis, along with his late brothers David, Walter, and Edward.

Tom worked as an electrical engineer for 38 years after serving in the U.S. Army Reserves and studying at Wentworth Institute of Technology and graduating from Northeastern University with a bachelor’s degree in Engineering. Tom enjoyed spending time with his family and working on projects around the house. His favorite places to visit were at and around the beaches of York, Maine and Ipswich, Massachusetts. His clever wit, laughter, and special birthday songs will surely be missed.

A Catholic Mass will be held in his honor at a later date. In lieu of flowers, please donate in his memory to the Alliance for Lupus Research.

Receive notifications about information and event scheduling for Thomas

We encourage you to share your most beloved memories of Thomas here, so that the family and other loved ones can always see it. You can upload cherished photographs, or share your favorite stories, and can even comment on those shared by others.

Posted Mar 11, 2021 at 04:56pm
Barbi, Stepen,Cayman, Mrs. Aukstikalnis & family I am so sorry for your loss you are in my thoughts/prayers. Luv (A.) Debbie Pacific
Comment Share
Share via:
LC 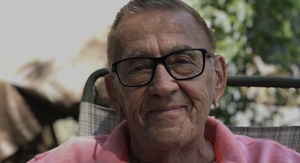 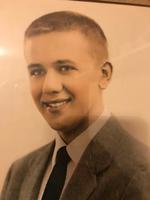