To share your memory on the wall of Martha Joyce (Hoffman) Hannon, sign in using one of the following options:


Martha Joyce was an only child, born and raised in Martinsburg, West Virginia. When she was 16 years old, she moved with... Read More
Martha Joyce (Hoffman) Hannon, Age 82
October 5, 1938 – December 26, 2020
Acton, Massachusetts


Martha Joyce was an only child, born and raised in Martinsburg, West Virginia. When she was 16 years old, she moved with her mother Elizabeth from West Virginia to Charlestown, MA,

She met Patricia Hannon at school, introduced to her brother, George.
George and Martha married shortly afterwards, and had two boys,
George Jr., and Gary.

They moved to Acton in 1965 and then had their daughter, Patricia.

Martha worked at Filenes in Boston and Howard Johnson in Concord. Her favorite things were crocheting and breeding cats. She loved nice cars and fancy clothes.

She had a great sense of humor and a beautiful smile.

She was adamant that she remain in her home in Acton until her death.
Her best friends were Jim, Norma, Jerry, and Mary Anne. Sadly she outlived them all.

She had many dogs over the years, most memorably a poodle named Bea George. She spent her final widowed years with her cats Mr Dixion and Sofia. They were her faithful companions until the end.

We encourage you to share your most beloved memories of Martha Joyce (Hoffman) here, so that the family and other loved ones can always see it. You can upload cherished photographs, or share your favorite stories, and can even comment on those shared by others. 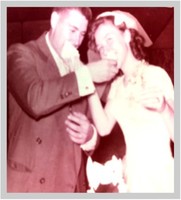 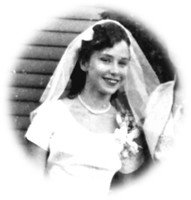 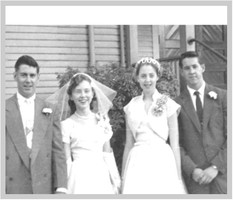 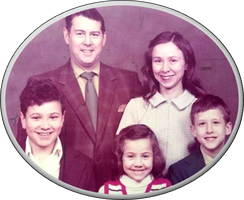