To share your memory on the wall of Lawrence A. Quigley, PhD, sign in using one of the following options:

Provide comfort for the family by sending flowers or planting a tree in memory of Lawrence A. Quigley, PhD

A born educator, Dr. Quigley’s career spanned 28 years starting as a first-grade teacher and Guidance Director at All Hallows School in the East Bronx, NY, Principal of Bishop Gibbons High School in Schenectady, NY and then Supervisor of Instruction at 25 Christian Brothers’ elementary and high schools in the Eastern US. In 1969 he landed a position as an Associate Professor at Fitchburg State College in MA, and within six years was the college’s Executive Vice President and Academic Dean. From 1977 to 1981 he held Deputy Chancellor position for the MA State College System in Boston, and was named Deputy Chancellor and Chief Executive Officer at Westfield State, Westfield, MA, and the Commonwealth Career Center for High Tech/Education in Dover. In his final 7 years of his academic career, he served as a Professor, Software Implementation Chair and English Department Chair at Fitchburg State.

Dr. Quigley was the recipient of numerous honors and professional awards, including the Distinguished Service Award, one several honors awarded by Fitchburg State. Dr. Quigley was named to the Outstanding Educators of America, elected to the Harvard Chapter of Phi Delta Kappa, the Patroon Award for outstanding citizenship granted by the Mayor of Schenectady. His Alma Mater honored Dr. Quigley in 1977 with its Br. Arthur Loftus Alumni Award for “Outstanding Achievement in Education.”

Dr. Quigley was a mentor to many through the years and worked tirelessly with federal, state and local government agencies to improve education, and his ties to business and industry benefited students, employees and employers alike. He successfully sponsored students for the Young American Medal for Service, a Presidential and Congressional Award, and he developed in-house programs for Raytheon and Bell Canada. As CEO of the Commonwealth Career Center, he supervised the implementation of contracts with 34 corporations doing business in Massachusetts, as well as those connected with research and development in the MA State College System. He also negotiated contracts for 600 state college students for internships with 35 federal agencies over a three-year period. It is estimated that over a period of 40 years he counseled over 1000 people in his communities, all pro bono.

In 1982, Dr. Quigley began a part-time career at the Concord Auto Auction in Acton. By 1990 he was working for ADESA Auctions Boston in Acton and Framingham, where he held positions including Dealer Relations Director, Director of Marketing and Sales, and Vice President of Marketing and Sales until his retirement in 2003. He served for seven years on the Board of Directors of the MA Independent Auto Dealers Association where he was a member of the Legislative Committee, and initiated and chaired the Scholarship Committee and the Ethics Committee. Hundreds of students connected to the MIADA have received college scholarships, and with his oversight the organization was admitted to the prestigious Ethics Officer Association.

He also loved to contribute his time, talent and energies to a wide range of community groups and organizations, many for decades. These include Harvard Admissions and Scholarship Committee, Emerson Hospital Board of Corporators and Development Committee Vice Chair, former President and Campaign Chair for the United Way of Central MA, Fitchburg Savings Bank Board of Advisory Trustees, the Governor’s Bay State Skills Corporation Task Force, former Vice President of the US Office of Economic Opportunity’s Montachusett Council, and a former member of the Archdiocese of Boston Pastoral Council.

In the Town of Acton, Dr. Quigley was a member and former President of the Minuteman Ridge Homeowners Association Board former member and President of St. Elizabeth of Hungary (Acton) Pastoral Council, Building Committee and Administrative Commission, and eucharistic minister and religious educator, served on the Board of Directors for Act/Tunes Inc. Youth Theatre, was co-founder and co-chair of the Acton-Boxborough Regional High School Parent Teacher Student Organization.

Dr. Quigley is survived by his beloved wife of 52 years, Mary Beth (Meaney); their daughter Anne Corkery, her husband Brian & their children Grace, Casey & Emma, all of Acton; and a sister Marie Marshall of Florida.

In person attendance at the funeral Mass in Holy Family Church, Concord, is not possible due to pandemic capacity restrictions, however all are welcome to watch the live stream on Thursday, April 22nd at 10:00am by visiting https://cc-catholic.org/ & selecting “Holy Family Live Stream.” Burial in Woodlawn Cemetery, Acton Center is private.

Receive notifications about information and event scheduling for Lawrence A.

Receive text or email updates for Lawrence A.

We encourage you to share your most beloved memories of Lawrence A. here, so that the family and other loved ones can always see it. You can upload cherished photographs, or share your favorite stories, and can even comment on those shared by others.

Posted Apr 27, 2021 at 01:12pm
I just learned of the passing of Dr. Quigley. I am so sorry. He was instrumental in hiring me to teach at Fitchburg State College.
He was a respected educator . May he rest in peace.
Rosemarie Giovino
Comment Share
Share via:
PB

Posted Apr 22, 2021 at 03:42pm
So very sorry to hear of Mr. Quigley's death. You all were customers of ours here at Dunn Oil Co., and I always remember his kind mannerisms and engaging conversations .. we wish you all our deepest sympathies from Dunn Oil.
Comment Share
Share via:
BS

Posted Apr 19, 2021 at 10:38am
So sorry to read of Larry's passing, Mary Beth. Though we moved from Acton many years ago, we have never forgotten our Acton friends. We cherish the memories of our times in Acton. Our hearts and prayers go out to you and all your family. May you find comfort in your memories and in knowing that Larry and Rosemary are reunited in heaven with the Lord.
Comment Share
Share via: 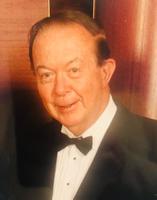