To share your memory on the wall of Edward S. Karpeichik, sign in using one of the following options:

Provide comfort for the family by sending flowers or planting a tree in memory of Edward S. Karpeichik

Mr. Karpeichik was born in Maynard in 1926 to the late Constanti and Mary F. (Moskwa) Karpeichik. He was raised in town and was a graduate of Maynard High School, Class of 1944. Upon his graduation, Mr. Karpeichik entered the United States Army, serving honorably in World War II in the 75th Infantry Division and earning the rank of Sergeant.

After the war, he met and married his wife Cecile in Liege, Belgium. They eventually settled in Maynard and continued their lives together where they raised their family. Mr. Karpeichik was a familiar face around town, working as a letter carrier for many years for the US Postal Service. He enjoyed traveling with his wife, making a number of trips back to Belgium. They were longtime members of the former St. Casmir’s Catholic Church in Maynard where they enjoyed the annual Polish Picnics, polka dancing and being a part of the vibrant Polish community in Maynard. Mr. Karpeichik enjoyed time with his lifelong friends and watching the Red Sox, but more important than anything he loved time with his family, especially his six grandchildren.

Relatives and friends are invited to public visiting hours at the Acton Funeral Home, 470 Massachusetts Avenue, (Rte 111) Acton, on Saturday, April 10th from 9:00-10:30am prior to the funeral Mass. Masks are required and social distancing will be observed. The funeral Mass will be celebrated on Saturday, April 10 at 11:00am in St. Bridget’s Church, 1 Percival Street, Maynard. Burial will follow in St. Bridget’s Cemetery, Great Road (Rte 117) Maynard. A celebration of life will take place at a later date. Those who wish may make memorial donations to: The National WWII Museum | New Orleans (convio.net)

Receive notifications about information and event scheduling for Edward S.

We encourage you to share your most beloved memories of Edward S. here, so that the family and other loved ones can always see it. You can upload cherished photographs, or share your favorite stories, and can even comment on those shared by others.

Posted Apr 07, 2021 at 12:47pm
I'm so sorry for your loss. What a nice man. Always very friendly and easy to talk to with his nice smile. I use to walk by his house a lot when I lived in Maynard and he'd be out in his yard 💕 Gayle Hansen Pearce
Comment Share
Share via: 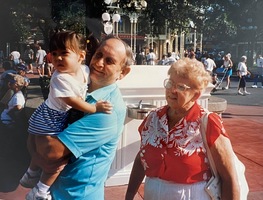 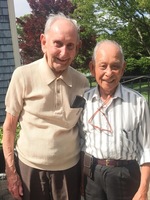 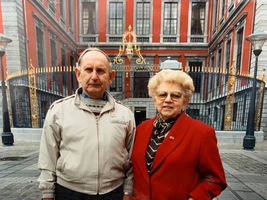