To share your memory on the wall of David S. Rosette, sign in using one of the following options:

Provide comfort for the family by sending flowers or planting a tree in memory of David S. Rosette

Print
David S. Rosette of Kingston, NH, formerly of Harvard and Amesbury, MA, died peacefully at his home on Thursday, June 3, 2021. He was 82.

Born in Pittsburg, PA, he is survived by his wife, Kim Weeks; his children: Donna Pinard and husb... Read More
David S. Rosette of Kingston, NH, formerly of Harvard and Amesbury, MA, died peacefully at his home on Thursday, June 3, 2021. He was 82.

Born in Pittsburg, PA, he is survived by his wife, Kim Weeks; his children: Donna Pinard and husband James, Douglas Rosette, Daniel Rosette, daughter-in-law Tracy Rosette; his sisters Cassie and Susan; stepsons Jeremy Weeks and Matt Weeks; ex-wife Doris; and sisters-in-law Barbara and Maureen. David had many special grandchildren, great grandchildren, nieces, nephews and their families, many friends and co-workers, his Sheepdog Dog Benny and a cat TT. David was predeceased by his beloved wife Beverly, his son David Rosette, parents Philip and Rosemary Rosette, and his brother Philip Rosette.

David served honorably in the US Army then was employed for many years at Polaroid before establishing a career as an entrepreneur and later a consultant in the business world. In 1985, with a dear friend, he co-founded Optelec, which devised magnifying instruments for people with vision issues. David was very proud of the company, which was eventually sold in 1998. He continued working as a consultant until his retirement in 2010.

David was a member of the Cullum Society of the US Military Academy West Point, the Porsche Club of America, and the Old English Sheepdog Rescue League.

Family and friends are invited to visiting hours on Thursday June 10th from 11am to 2pm at the Acton Funeral Home, 470 Massachusetts Ave (Rte 111) Acton.

David would want to thank his amazing team at Harborside Hospice Care, his Team of Doctors at Mass General Hospital and the wonderful Volunteer Fire Department and Rescue of Kingston, NH.

In Lieu of flowers - David would rather you do an act of kindness for someone, love a furry friend, help a turtle cross the road or just take a minute to sing your favorite Jimmy Buffet song…..and smile ~ “Fins Up!"
Memorial page actonfuneralhome.com
Read Less

Receive notifications about information and event scheduling for David S.

We encourage you to share your most beloved memories of David S. here, so that the family and other loved ones can always see it. You can upload cherished photographs, or share your favorite stories, and can even comment on those shared by others.

Posted Jun 09, 2021 at 10:48am
David had the heart of man I only one day I can have. He was a great guy to be around and to talk too, never did he treat you like you were beneath him but instead like all of us were equally in life. I’ll never forget the day I meet Dave and never forget the times I just got to sit and pick his brain about life. His passion for cars, his passion for life, his passion for people. David your man I’ll miss a ton. RIP. LOVE YOU BUDDY
Comment Share
Share via:
GM

Posted Jun 08, 2021 at 06:35am
Although I did not know David personally I wanted to send my thoughts and prayers out to Kim and the family. He sounds like he was an amazing man and I hope you have years of wonderful memories to share during this hard time. Respectfully, Gael D. Meyer.
Comment Share
Share via:

Posted Jun 07, 2021 at 07:59pm
My deepest condolences to all the Roaette clan. David was the big brother I never had, and I treasure the time we spent together. Phil looked up to him as the younger brother, and I know he valued Dave’s wisdom as they grew older. Family, business, cars and service to their country were their shared loves. I am grateful to him for his counsel over the years. Rest In Peace.
Comment Share
Share via: 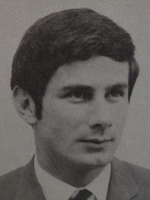 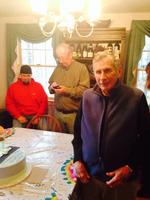 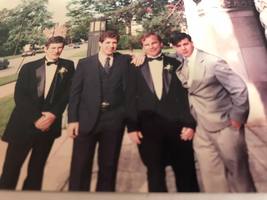