To share your memory on the wall of Carmelita Catherine \"Kathy\" Ryan Olohan, sign in using one of the following options:

Kathy left the classroom and dedicated herself to raising her nine children. (Her son, Michael, was born prematurely and died just two days after he was born. Michael’s birth and death had a profound impact on the entire Olohan family.) The family moved to Stow in 1975, and in 1981, she bought the Stow Villager where she was the writer, editor and publisher. Her editorials were known for their strong positions, well-crafted arguments, and influence in town.

She was an early leader in the pro-life movement in Massachusetts, and volunteered for many years at Birthright, a pregnancy counselling center. For a number of years, she would invite pregnant women who had nowhere to live to come live in her home until their babies were born and they were able to stabilize their situation. This eventually led to the establishment of Spring House in Berlin, Massachusetts, a home for women in crisis pregnancies, in 1993. Kathy was the Director of Spring House until 2000, and helped numerous women find shelter, educational and work opportunities, love, and support when the world turned them away.

In addition to her work at Spring House, Kathy was also very active in teaching religious education at her parish, and was the Director of CCD at Christ the King Church in Hudson for many years. Following the death of her husband BIll, Kathy returned to teaching, and she taught French and religion at Lowell Catholic before retiring due to the onset of leukemia (CLL).

She spent the remaining years of her life devoted to her children and sixty-four (64) grandchildren. She never missed a birthday of any of her children or grandchildren, and would often mark birthdays with a beautiful poem. An accomplished pianist, she always enjoyed playing piano with her family. Family get-togethers were never complete without music and singing.

A lifelong devout Catholic, Kathy was a daily communicant and attended Mass at St. Benedict Abbey in Still River, MA. She was a Third Order Dominican and was active in the work of the local chapter. She will be buried wearing the habit of the Third Order.

Kathy was a strong yet unassuming woman whose focus was on other people, never herself. She actively corresponded not only with her family but with countless friends and even strangers from all walks of life. The motto she chose for her family and which is on her tombstone, Veritatis in Caritate--to live the truth in love -- exemplified her life. She is revered and deeply loved by all her family who miss her terribly.

A Mass of Christian Burial will be celebrated at 10:00 a.m. on Tuesday, January 5, 2021, at Saint John the Guardian of Our Lady Parish, 80 Union Street, Clinton, MA 01510 with burial to follow in St. Bridget’s Cemetery, Great Road, Maynard. Due to COVID-19 restrictions, there will be no wake.

We encourage you to share your most beloved memories of Carmelita Catherine "Kathy" Ryan here, so that the family and other loved ones can always see it. You can upload cherished photographs, or share your favorite stories, and can even comment on those shared by others.

I was thinking about her during this advent season as she would always stop by to visit with mom through the years and bring a beautiful Christmas present. House would be disheveled as we would be deep into Christmas prep but regardless, a cup of tea would be had and a short visit before her jaunting off to visit other friends.

Seeing her and all of you at daily Mass at St Isadores when we were kids and in recent years at St Benedict Abbey was a joy and I’m sure she will be sorely missed by all who knew and loved her.

Her devoted work in the Pro-Life movement was such an example to all of us. Many babies were saved by her work alone. Phew, makes me cry!!

May the infant Jesus console all of your broken hearts as you mourn her loss and Eternal rest grant unto her O Lord. 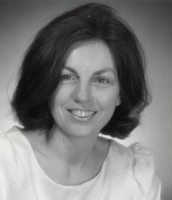 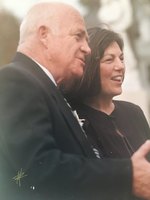 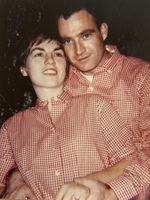