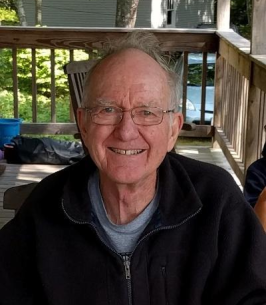 William Keith Shubert, beloved husband, father, grandfather, brother, and friend, passed away at his home in Acton, Massachusetts, on March 7th, 2022, with his family at his side. He succumbed to pancreatic cancer.

Bill was born September 9, 1939, in the copper mining town of Morenci, Arizona to parents Lois Lindsey and Harry Shubert. As a young man he was a member of the band and choir, and he loved playing chess. When he was a junior in high school he came to the attention of California Institute of Technology after receiving top marks on Arizona’s state math exam. They offered him a full scholarship. Caltech opened a new world to Bill. Among other things he enjoyed lectures by Linus Pauling and Richard Feynman. Bill received both his Bachelor’s and Master’s degrees in Electrical Engineering, graduating in 1962.

His first job after leaving college was at Jet Propulsion Laboratory (JPL) in La Canada Flintridge, California where he worked in the Spacecraft Secondary Power Section. The 1960’s were exciting times at JPL as space exploration was just getting underway. He worked on the Mariner Mars 1964 space shot, the JPL Surveyor Moon Lander, and the Mariner Venus 1967 space shot. It was at JPL that he met his future wife, Ann Manchester. They married in 1964 and moved to New England in late 1967 after their daughter Katie was born, where Bill worked at RCA in Burlington, Massachusetts in the Advanced Technology Laboratory. Son Bill was born in 1969. In 1982, Bill Senior left RCA and started his own consulting business, working for various companies in the area.

Bill’s free time was focused on family. There were adventurous family car trips across the country, hiking, and cross country skiing. Both Bill and Ann, our parents, inspired us in many ways, encouraging intellectual curiosity, a love of the outdoors, and a strong sense of responsibility to the planet.

There was no project or task Bill couldn’t do with precision and expertise. One of his earliest building projects was a 6-foot sabot sailboat (circa 1963), and one of his last was a beautiful ocean kayak (2018). Bill met all the heaviness in the world with a sharp wit and an inviting sense of humor, and was something of a news junkie. He was slow to anger and very kind, always giving others the benefit of the doubt. He loved hiking, biking, cross-country skiing and kayaking. He was a birder and a gardener. He was a keen bridge player and loved to play strategy-based board games.

In addition to his wife, Bill is survived by his children, Katharine and son-in-law Scott Sawrey, and William and daughter-in-law Susan Barrett, five grandchildren, Canon, Caroline, Ella, Rosie, and Lucy, and his sisters, Carolyn Hall and Marian Hupp, both of Arizona. Bill was predeceased by his parents and two beloved nieces, Sheri Guerre and Melissa Gritzfeld.

A Memorial service will be held on Saturday May 21st at 3:00PM at the First Parish Church United 48 Main Street Westford. In lieu of flowers, donations can be made to Household Goods, 530 Main Street, Acton or The Acton Arboretum, 2 Taylor Road, Acton.