To share your memory on the wall of William “Bill” Holt Frazier, sign in using one of the following options:

Print
To view the beautiful collection of photos provided by the family, please select the "Photos and Videos" link above. You may scroll through each of the photos, or select "Slideshow" to see them scroll through.
Thank you.


To view the beautiful collection of photos provided by the family, please select the "Photos and Videos" link above. You may scroll through each of the photos, or select "Slideshow" to see them scroll through.
Thank you.


We are heartbroken. Our comfort is that we know he is at peace. Bill fought lung cancer valiantly for 19 months, outliving all life expectancy estimates.


Bill was born on July 31, 1943 in Marlboro, MA to Shirley and Robert Frazier. He graduated from Maynard High School in 1962. He enlisted in the United States Army, training in Fort Dix in New Jersey and eventually proudly serving his country in Vietnam. While in Vietnam, he wrote to Thomas Watson Junior, the son of the founder of IBM, asking for a job when he came home. Mr. Watson wrote back, and told Bill he had a job with IBM when he had completed his service.


Upon arriving back in the United States, Bill proposed to his high school sweetheart, Jane, and they married at St. Bridget’s in Maynard, MA on December 5, 1965. They then moved to Essex Junction, Vermont, where Bill started his new job at IBM. Bill and Jane welcomed their daughter Amy and their son Tim, and happily raised their family in Vermont. Bill retired in 1998 after 33 years at IBM.


Later that year, Bill and Jane moved to Florida. His Florida years were relaxing and fulfilling. Bill spent almost every day on his boat on the lake fishing with his dog Rosie. He and Jane traveled all over the world, including Egypt, Italy, Greece and Nicaragua. They often visited their daughter Amy and her family in Austin and then Southern California, and their son Tim and his family in Vermont.


In 2013, Bill and Jane moved to Fuquay-Varina, NC, to be near their son Tim, who had recently moved his family there. They joined St. Bernadette’s Catholic Church, where Bill was a member of the Knights of Columbus and an active volunteer in the Farmworkers Outreach. He drove migrant workers to and from Mass every week.


Bill was loved by everyone he met. He was so easy to love. He had a tumultuous childhood, and overcame that to raise his own stable, loving family. He was the fun Dad, the fun Papa, the fun Uncle. He was never too tired to play with his kids when they were young, and there was nothing he loved more than playing with his grandkids. He enjoyed going to all their sporting and extra-curricular events, and he never tired of playing jokes and telling tall tales. He loved taking his kids and then his grandkids fishing. Bill hated sand, but still took his family to the beach every year because they all loved it. Bill was smart and funny and mischievous. He literally had a twinkle in his eye. He cherished his family. He was the middle of three boys. He never had a bad day fishing. Bill loved peanut M&Ms, anchovy pizza and apple pie with cheddar cheese. He was a great baker. He loved history and traveling and genealogy. He was a talented artist and storyteller. He wrestled alligators (or so he told his grandkids). He loved nature and being outside on the water or in the mountains. He was a lifelong Red Sox fan. He loved a good road trip. He loved animals and he always had a dog.


Due to the Covid pandemic, Bill’s funeral mass and celebration of life will be held later this summer at St. Bridget’s/Ascension in his hometown of Maynard, Massachusetts, where he and Jane married. In lieu of flowers, Bill’s wish was to help kids in need. He personally chose “Sleep in Heavenly Peace,” a mission of the Knights of Columbus. Memorial donations can be made here: http://bit.ly/fvshpdonate


Bill/Dad/Papa - you are so loved. Rest in peace and go catch those big ones.

We encourage you to share your most beloved memories of William “Bill” Holt here, so that the family and other loved ones can always see it. You can upload cherished photographs, or share your favorite stories, and can even comment on those shared by others.

Posted Jan 31, 2021 at 10:30am
Bill was my 2nd cousin. We "discovered" each other online through our shared interest in researching family history, and it was my delight to find that we had both lived in the same county in North Carolina. He was one of the loveliest men I've ever met, and I will miss him so much. 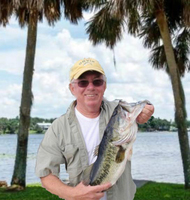 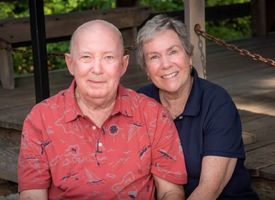 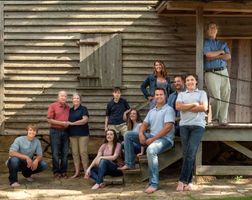 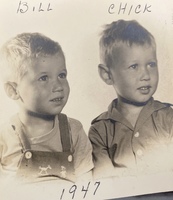