To share your memory on the wall of Warren F. Price, sign in using one of the following options:

Provide comfort for the family by sending flowers or planting a tree in memory of Warren F. Price

Print
Warren F. Price, 69, of North Chelmsford, MA, born February 17, passed away peacefully at Lowell General Hospital after a brief battle with liver cancer on May 26, 2021. His wife and children were by his side.

Warren was born in Lowell ... Read More
Warren F. Price, 69, of North Chelmsford, MA, born February 17, passed away peacefully at Lowell General Hospital after a brief battle with liver cancer on May 26, 2021. His wife and children were by his side.

Warren was born in Lowell MA and was the son of Betty Hamilton and Richard P. Price, both of whom pre-deceased him.

Warren was a lover of all things cars, NASCAR, hockey, Bermuda, and enjoyed the occasional rum swizzle. He enjoyed attending his son’s many hockey games and his daughter’s many performances with the local theater groups. Warren was a mechanic for over 50 years and upon his retirement was working on the restoration of his 1967 Ford Galaxie.

He is survived by his wife Cynthia of 48 years; their two children, Heather of Tyngsboro, MA. and Richard, his wife Emily, and Warren's two granddaughters Kelsey and Hailey Price who were the light of his life, all of Bridgewater, MA; and his sister Vickee Pace and husband James of Toronto, Canada. He is also survived by many nieces, nephews, their families, and a wide circle of friends.

A wake will be held for Warren's friends and family on Thursday, June 3rd from 4:00-8:00PM at the Acton Funeral Home, 470 Massachusetts Avenue (Rte 111) Acton. At the family's request, family and friends are respectfully requested to wear masks. The graveside service will be held on Friday, June 4th at 11:00AM in Fairview Cemetery on Main Street in N. Chelmsford. In lieu of flowers, donations may be made in Warren’s memory to either the Lowell General Hospital Cancer Center, Lowell or to Voices of Hope, Lawrence.

Receive notifications about information and event scheduling for Warren F.

We encourage you to share your most beloved memories of Warren F. here, so that the family and other loved ones can always see it. You can upload cherished photographs, or share your favorite stories, and can even comment on those shared by others.

Posted Jun 02, 2021 at 08:25am
Cindy, Heather, Rich, and family - you have so many great memories of Warren. Keep all those memories close to your heart. During the next NASCAR race I watch, I will be thinking of Warren. You are in my thoughts and prayers. With deepest sympathy, Dianne Bevington
Comment Share
Share via:
LH

I have fond memories of Warren and his family. Warren was always improving his home and keeping up with maintenance of the home or cars. He helped this neighbor many times and we worked on several projects together. Price holiday decorations were always a treat.
Our condolences to Cindy and the "kids". Be comforted that Warren is at peace now in a great place.
Comment Share
Share via:
SW

Posted May 28, 2021 at 07:32pm
Cindy, Heather, and Rich and family,
We are so saddened for the loss of Warren. It came all too quickly ....He will remain in our hearts and memories forever. Christmas and Halloween will not be the same. Dunshire Drive will not be the same for us all. We have lost a dear friend and neighbor.
Love to all, Suzanne, Mark, and Gina Lee xo
Comment Share
Share via: 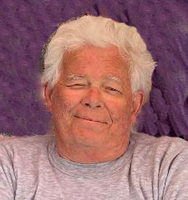