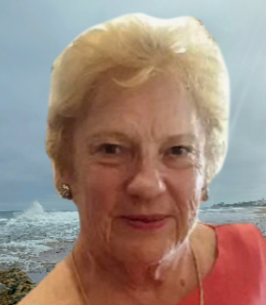 BACHMUTS, Vija (Vanters) 81, of Maynard, MA and previously of South Windsor, CT, wife of the late Ints Bachmuts, peacefully passed into eternity on November 11, 2021, while lovingly surrounded by her daughter and niece.

Born on April 11, 1940 in Riga, Latvia, she was raised in the United States and lived in South Windsor for about 50 years, moving to Maynard 7 months ago to be closer to her daughter. Vija was the daughter of the late Otilija (Loepers) Vanters and the late Voldemars Vanters. Vija received her Bachelor’s Degree from Pennsylvania State University in Business Administration. She worked as an executive administrative assistant for many years at various companies, and retired from MPS Plastics in Marlborough, CT. Vija had been a member of the Latvian Lutheran Church in Willimantic since her marriage to Ints in 1963 and was head of the church women’s committee for decades, and head of the church itself until the church was dissolved in 2019. She was active in numerous Latvian organizations such as American Latvian Association (ALA), Latvian Evangelical Lutheran Church in America (LELBA), Baltic Network (BALTNET) and was a longtime member of the Latvian sorority, Gundega.

Vija and her family fled Latvia during the Soviet occupation in the 1940’s when she was a little girl and took refuge in German displaced persons camps for many years. It was there that Vija learned ballet and the German language. Later, her family was sponsored by a Lutheran Church in the U.S.A. and was able to cross the Atlantic Ocean by ship to arrive in New York and then settled in North Carolina. Eventually, they met up with other family members in Philadelphia, PA where Vija spent her school years. Vija met her husband, Ints Bachmuts from Willimantic, CT, at a Latvian function – only to find out that their families were long lost friends from Latvia. Vija and Ints were married in 1963, living in Queens, NY as well as Stamford, CT and eventually settling in South Windsor, CT. Vija was able to travel back to her homeland in 1988, with her husband and daughter, while Latvia was still under Soviet occupation and then again in 2001 with her daughter and son-in-law, after Latvia had declared independence as a free country. The joy of being back in her homeland and seeing relatives, as well as the 2001 Latvian Song and Dance Festival, was evident in the many pictures and memories from those trips.

Vija’s greatest enjoyments in life were her family, friends, Latvian community and church. Many summers were spent on the family boat in Rhode Island, entertaining family and friends, and taking them to various islands. In later years, time in RI was spent with her daughter’s family and especially her three grandsons – lots of very special memories were made over the course of several summers. Vija never missed a chance to entertain her friends and enjoyed organizing gatherings and being a hostess. She cared for many during her years, including elderly sorority sisters and for her own mother and both in-laws. She was devoted to her church and sorority, and took pride in her time spent at church gatherings volunteering in many roles for the congregation. Her devotion to her church and the congregation was evident in the leadership roles she took as a member of the church for numerous years.

Vija gave so much of herself to everyone she knew and was always there to help in any way she could. She knew exactly how to live life to the fullest and never missed an opportunity to spend time with her loved ones. She was loved by so many and had a special way about her - everyone enjoyed her company. She will be greatly missed.

Vija is survived by her daughter and son in-law, Sandra and Ken Scully of Maynard, MA, and their sons Evan, Justin and Cole, who loved their “Omi” very much and especially enjoyed spending many summers with her in Rhode Island. Vija and her grandsons had a special bond that will forever be remembered – in the last few years she found delight in being driven around by her oldest grandson, Evan. She is also survived by her cousin George Laumanis’s daughter, Allison Laumanis, who took exceptional around the clock care of Vija in her last weeks. We are incredibly grateful for her support and endless devotion to her aunt.

Family and friends will be received on Saturday, December 11 from 12 noon-1 p.m. at the Ebenezer Lutheran Church, 96 Oak St, Willimantic, CT, with the funeral service beginning at 1 p.m. A Celebration of Life will be planned in Rhode Island for the summer of 2022. Her family wishes to thank Care Dimensions Hospice for their wonderful care. Memorial donations are suggested to either the American Latvian Association (https://alausa.org/en/participate/donate-to-ala), American Heart Association (www.heart.org/aha/donate), or the Wounded Warriors (woundedwarriorproject.org).