To share your memory on the wall of Shirley (Moore) Warren, sign in using one of the following options:

Shirley passed away at home surrounded with the love of her children. She was born April 16, 1924 in Northampton, MA to Frances Freeman Moore and F... Read More
Shirley I. Moore Warren, 96 of Boxboro, was called home to the Lord on February 25, 2021.

Shirley passed away at home surrounded with the love of her children. She was born April 16, 1924 in Northampton, MA to Frances Freeman Moore and Frank M. Moore

She lived in Gardner before moving to Palmer where she graduated high school. She then attended Mass State College.

On May 22, 1945 Shirley married 1st Lt. Harold A. Warren Jr, U.S. Army Air Corps. During Harold's 25 year military career, they had seven children, living in several different places before settling in Boxboro in 1963.

Shirley began working as a librarian when the town library was the #2 School house, then the new library on Middle Road. She was instrumental in the building of the current building on Mass. Ave. She was active in Garden Club, designing the herb garden. Shirley was active with the Historical Society, Historical Commission, Friends of the Library and Friends of the Council on Aging.

Shirley was Grand Marshal for the Fifers Day Festival and in 2001 was awarded the Golden Fife. She also received the Community Citizen Award by the Boxboro Grange.

As a member of Boxboro UCC, Shirley served as church historian and assisted with the Merry Christmas Fair.

Shirley had traveled throughout Europe, Canada and the United States.

Due to current state and national mandates there are no services planned at this time.
In lieu of flowers the family would appreciate donations to the Wounded Warriors Project. woundedwarriorproject.org

Receive notifications about information and event scheduling for Shirley (Moore)

We encourage you to share your most beloved memories of Shirley (Moore) here, so that the family and other loved ones can always see it. You can upload cherished photographs, or share your favorite stories, and can even comment on those shared by others.

Posted Mar 04, 2021 at 10:52am
My wife and I had the immense pleasure of knowing & working with Shirley in various Town organizations. She was an amazing person with such a positive outlook on life. As noted in the obituary, she was a major contributor to the Town.
Condolences to her family & to her many friends.
Comment Share
Share via:
JB

Posted Mar 03, 2021 at 10:36am
Dear carol,Sharon and Nancy sorry for the loss of your mom.i often think of Dave as I’m sure she and many others have
They are together forever now with your dad ,god and the spirits in the sky
Best wishes. Steve byers
Comment Share
Share via:
GW

Posted Feb 27, 2021 at 08:32am
Dear Jim, Carol, Sharon and Nancy and extended family : I send my heartfelt condolences and prayers your way in the passing of your Mom, Aunt Shirl. I have many fond memories of your Mom as I am sure you all do. Remembering those memories will help keep her spirit alive within you forever.
" Those we love don't go away "
"They walk beside us every day"
" Unseen, unheard, but always near "
" So loved, so missed, so very dear "

Posted Feb 25, 2021 at 05:46pm
I remember Shirley from the library. She always had a big smile and was so helpful. I feel blessed to have known her. Interesting fact: my daughter who grew up in Boxboro and knew Shirley, is now a teacher in Palmer!! Bless her and her family
Comment Share
Share via: 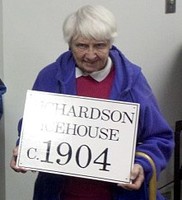 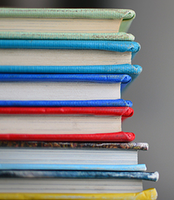