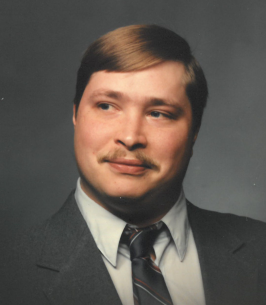 HARVARD: Robert Kurt Allan, 60, beloved son of Mary (Mitzcavitch) Allan and the late Robert B. Allan, died Feb. 19, 2022. Kurt was born March 19, 1961 in Concord, MA and was raised in Harvard, where he attended the local schools and Landmark School in Prides Crossing.

Kurt spent most of his life in the culinary field working for restaurants and country clubs, including The Vesper in Tyngsborough, but he often remarked that his favorite part-time job was preparing the snacks and lunches for the pre-school children at the Nashua Learning Center in Nashua for over 30 years.

An outdoorsman, Kurt enjoyed walking in the woods in the Delaney Project and Oxbow National Wildlife Refuge in any kind of weather. He belonged to the Purgatory Falls Fish and Game Club in Mont Vernon, NH, and was an avid hunter and deep-sea fisherman. He collected exotic, large seashells and old vinyl records. One of his favorite pastimes was browsing antique shops to add to his collection.

Besides his mother, Kurt is survived by his two children, Brandy Jayn Allan of South Hero, VT and Robert K. Allan Jr. of Goffstown, NH; his grandchildren Olivia and Amiliya; a sister Launa Allan Lagasse and her husband Richard of Hinesburg, VT; and a brother Colin E. Allan of Lunenburg, MA. Kurt was predeceased by his sister, Leesa Allan. He also leaves aunts, uncles, cousins and friends.