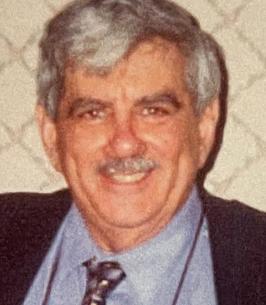 Robert Joseph “Bob” Caton, 86, passed away February 2, 2022, after a brief illness at his home in Acton. He was the beloved husband of Ingrid Petra Heinz-Caton, with whom he shared thirty-four years of marriage.

Born and educated in Peabody, he spent his formative years on the family farm. Being raised in this rural setting planted a love of gardening and hunting in his spirit which continued throughout his life. His gardens and lawns were legendary, wherever he made his home. And hunting, which started near the farms off Route 114, took him to favorite spots in Maine, New Hampshire and to Assateague Island in Maryland. Learning to skate and play hockey on Smith Pond gave him a lifelong love of the game which he enjoyed playing into his fifties.

At a very young age, he started working as a dishwasher at the Century Inn (now the Century House), where his mother was employed. This work ethic stood him in good stead through his time at Northeastern University.

A member of Army ROTC, he put his civil engineering degree to work with the Army Corp of Engineers with the Army Reserve. In his civilian life, he started his engineering career with Fay, Spofford and Thorndike as a Northeastern co-op student working there throughout his professional career, culminating with his selection as company president. He retired from the firm in 2007.

His family was a source of great pride and joy, and he relished every opportunity to be with and feed them. His meatballs and seafood pie were his most sought-after dishes but his attention to detail and love of cooking guaranteed everything he made received rave reviews.

In addition to his wife, he is survived by his daughters Debra A. Caton and Christyne M. Tremblay and his son-in-law Wayne Tremblay, of Salem. He also leaves behind five grandchildren: Joseph Tremblay and his fiancée Krystal Chung of South Boston; Jessica Tremblay of Georgetown; John, Julian, and Bella Tremblay of Salem; great-grandson, Brayden Tremblay of Georgetown; his sister and brother-in-law, Marie A. and Richard N. Bois, of Salem, and several nieces and nephews. He was preceded in death by his parents Stacia (Nizwantowski) and Joseph Caton; his first wife Mary (Galaris) Caton; his son, Robert Michael Caton, and his stepson Percy Heinz.

The family wishes to thank the VNA Hospice of Woburn and Embrace Home Health Care services for their compassionate care of Bob in his final days.

Services are private. The family welcomes donations to Cure Alzheimer’s Fund (https://curealz.org) as an expression of sympathy instead of flowers.