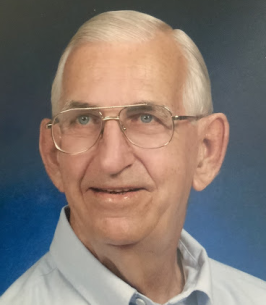 Richard Marcheterre, 89, of Maynard and Haines City, Florida, passed away peacefully with family by his side at the Care Dimensions Hospice House on Tuesday June 28, 2022. Born in Beverly, he was the son of Wilfred and Leona (Mallette) Marcheterre. Dick grew up in Beverly, spent four years in the Air Force, and he married Patricia Ann (Clay) Marcheterre in 1957. For the first five years of their marriage, Dick worked for General Electric out of Syracuse, New York, and he and Ann traveled to many different parts of the country to work on radar towers for several months at a time. They often spoke fondly of this time in their lives, which included living in New York, California, Florida, Texas, and more. After they started having children, they returned to Massachusetts, where they spent 10 years in Salem and many years in Salisbury. Ann passed away in 1986. Dick moved to Haines City, Florida in 2004, where he golfed, played cards, and traveled. He moved back to Massachusetts on his 89th birthday in February, where he was able to visit and spend time with his cherished children and grandchildren.

Dick’s favorite role was that of “Bopum” to his five grandchildren. He took care of them when they were little, and enjoyed traveling, playing cribbage and hearts, cooking them pancakes and spaghetti, and many more things. A passionate sports fan, he enjoyed sitting in his blue leather recliner on a Sunday afternoon, commandeering the remote’s “last channel” button as he moved between whatever was on, be it a golf tournament, Patriots game, or Red Sox game. It was a great joy for him in 2004 when he finally got to see his beloved Red Sox win the World Series, when he said, "I never thought I'd live to see the day!" At 80 he was able to travel to visit his grandson Chris during his semester in London, and together they attended Easter Mass at the Vatican. At 83 he and his two daughters went on a Mediterranean cruise seeing many beautiful places in Europe. Just last year his three children and five grandchildren were able to spend a wonderful week with him in Florida.

Surviving him are his son John and his wife Nadine of Newburyport; his daughter Marie and her husband Dave of Acton; his daughter and caregiver Lisa of Maynard and Haines City, FL; his grandchildren Christopher, Stephen, Michael, Anna, and Julia; his sisters Claudette Reagan and Joanne Marcheterre; and dozens of nieces, nephews, and cousins. He was predeceased by his first son John Clayton as a baby, his wife Ann, his girlfriend Pauline Ramsdell, and his five brothers Donald, Henry, Bobby, Francis, and Willie.

Dad lived a long rewarding life calling the shots the whole way. Let’s all remember this and aspire to do the same.

Visitation will be held at the Acton Funeral Home on Wednesday July 6th from 9:00 am to 10:30 am followed by a Funeral Mass at 11:00 am at Saint Elizabeth of Hungary church 89 Arlington Street in Acton, MA. Friends and family are encouraged to wear something blue. There will be a private burial at a later time. In lieu of flowers, donations may be made to Care Dimensions at 75 Sylvan Street, Suite B-102 Danvers or giving.caredimensions.org.