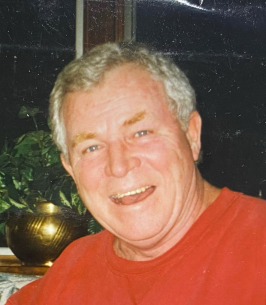 It is with deep sorrow that we announce the death of Richard Kiren Lyons of Acton who passed away on July 24, 2022. He was born to William “Nick” and Mary Lyons on November 16, 1937, and grew up in Cambridge, MA with his six siblings. He served in the U.S. Army and subsequently became a police officer in Cambridge, MA where he proudly served the city for 32 years, retiring as a Sergeant. He was passionate about collecting police patches from across the country and adding to his coin collection. He enjoyed rooting for the local sports teams, never missing a Red Sox game on TV. He was an avid reader, and Doo-wop music always made him smile and sing. Most of all, he loved to write letters to his children and friends who were blessed by his love of putting pen to paper.

Richard will be missed forever by his children Richard Lyons II and his wife, Melanie of Concord MA, Kimberlee Garver and her husband, Michael of Canastota NY, Scott Lyons and his wife, Nuria of Woburn MA, and Randall Lyons and his wife, Carolyn of Foxboro MA. He will hold a special place in the hearts of his seven grandchildren: Grace, Katherine and Robert Garver and Sarah, Richie, Grady, Scarlett, and Nicholas Lyons. His siblings, Mary Kane, James, Edward, John (Jackie), and Michael will also miss his warm smile and sense of humor. In addition, he leaves behind his nieces, nephews, and their families. He is also survived by his friend, former spouse and mother of his children, Joyce Lyons of Maynard MA. Richard was predeceased by his parents and brother William Jr..

As per Richard’s request, no funeral or memorial service will be held. The family has requested that any remembrances be made in the form of a donation in Richard’s memory to: The American Red Cross, PO Box 37839, Boone, IA 50037-0839.