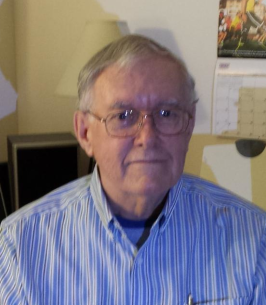 Richard was born in Cambridge, MA, to Thomas Aloysius and Lucy Conlon Salmon. When he was four years old the Salmon family moved to Stow, MA. He grew up on Lake Boon, attended Gleasondale Elementary School and graduated from Hale High School in 1951. He left Stow to attend Tufts University, graduating in 1956 with a Bachelor of Science degree in Civil Engineering. After being drafted by the U.S. Army he married Margaret Schmelzer and they moved to San Francisco, CA, where Richard was stationed for two years and served with the 549th Topographical Survey Battalion, Corps of Engineers.

After finishing his tour of duty in the Army, Richard was employed for a short time as an engineer by U.S. Steel Corporation, in Ambridge, PA. He and Margaret returned to the Boston area so he could be near his sister Jeanne who was terminally ill. During this time he worked for Ryerson Steel and U.S. Steel Corporation, in Technical Sales. He obtained his Professional Engineer license and became part owner, later principal owner of Globe Iron Works, Steel Fabricators. In 1991 Richard sold the business and became a consultant for steel fabrication and welding at A.G. Lichtenstein & Associates, later TranSystems, working on bridge construction and rehabilitation. He spent short and long assignments in many different parts of the country and was particularly proud of the rehabilitation of the Bridge of Lions in St. Augustine, FL, and the Deere Island Bridge in Maine. He officially retired at the age of 65 but enjoyed his work so much that he continued to be active in it until age 84.

Richard and Margaret were married for 29 years and their proudest achievement was raising the three sons they had together. They divorced in 1985. In 1986 Richard married Dalia J. Simas who accompanied him on most of his work assignments.

Richard loved spending time with his sons and participating in all their activities, especially coaching Little League and rooting for the Red Sox. He took great pleasure in reading American history, biographies and novels. In his retirement years he became an avid sketcher and watercolor painter, creating his own Christmas cards. Richard and Dalia spent many happy hours on the coast of Maine.

The family will have a celebration of Richard's life at a later date.