To share your memory on the wall of Richard Bettinger Sager, sign in using one of the following options:

Richard Bettinger Sager passed in his sleep on the morning of November 19th, 2020 at the age of 91. He was born on July 17th, 1929 in Boston at the Baptist Hospital to Mildred and Ronald. He was raised in Norwood and Westwood... Read More
Dick Sager

Richard Bettinger Sager passed in his sleep on the morning of November 19th, 2020 at the age of 91. He was born on July 17th, 1929 in Boston at the Baptist Hospital to Mildred and Ronald. He was raised in Norwood and Westwood, MA, attending Norwood High School, where he met Jeanette Christine Johnson, better known as Jay or Jaybird. Thanks to his persistence, she finally accepted his marriage proposal and they were married for 67 years until Jay’s death in 2018.

Dick earned a master’s degree in mechanical engineering from Cornell University. He and Jay married before he was drafted into the Army during the Korean War. They were stationed in Maryland at the Aberdeen Proving Grounds from 1952 to 1954, living in a converted chicken coop. While there he worked on various weapons projects including the Redstone Missile, which incorporated technology that was eventually used for rockets that launched US astronauts into space. He was honorably discharged as a Corporal.

After a brief stint in Battle Creek, MI with Metals and Controls, Dick and Jay settled in Attleboro, MA in 1954 when the company was acquired by Texas Instruments (TI). After traveling worldwide to teach statistical process control, he ended his career as a Quality Control Manager at the TI plant in Almelo, Netherlands. Dick and Jay lived in Holland for two years where they embraced the culture and met many people who became lifelong friends. They returned often for visits following his retirement in 1992 after 38 years with TI.

Dick and Jay raised their two children, Samantha and Bill, as avid outdoors enthusiasts. The family spent summers in Melvin Village, NH on the shores of Lake Winnipesauke. It was a life of swimming, sailing, power boating, water skiing, hiking, and “camp life” at Lanes End cottages. Dick and Jay arrived at Lanes End in 1955 after launching their 14’ home-made wooden boat at the other end of the lake and have been seasonal renters ever since. This became their home away from home where they passed their love of its community to their children and grandchildren, who still spend summers there. The Sager family spent winters on Gurdy Farm in Bristol, NH where they stayed in an A-frame cabin owned by Dick’s best friend Augie Shaefer. The two families enjoyed sledding, ice skating, wood splitting, and alpine skiing at nearby Tenney Mountain in Plymouth. The family became accustomed to life without running water or electricity, heating with wood, hiking to the stream for water and braving the chilly outhouse. It was heavenly.

Dick shared his life experiences and memories with his five grandchildren. Erik recalls Grampa helping him climb down the rock in front of the cottage to go fishing as well as Grampa’s red, white, and blue striped pants worn only on the 4th of July accompanied with the “biggest smile”. Taylor spent countless hours with Grampa searching for “Waldo” and making pillow forts on the bottom bunk. Kevin remembers Grampa taking him to the Old Country Store in the 1955 MG to buy penny candy and in recent years the two of them lying down on their backs on the dock when he would ask Grampa questions about his past. Artem recalls Potius teaching him how to water ski and going to the arcade by boat at the Weirs. Anya remembers going to the 4th of July parade in Wolfeboro with Potius as well as Ames Farm for breakfast by boat.

Per Dick’s request, there will be no service or visiting hours. Instead there will be a celebration of life with family and friends at the lake in New Hampshire in the summer of 2021. We are sad for his passing but will long enjoy our memories with him. We invite you to post a favorite memory or story of Dick.

Rest well, Dick, as you are re-united with your beloved Jaybird. We will miss your big smile, twinkling blue eyes, and belly laugh.

Receive notifications about information and event scheduling for Richard Bettinger

We encourage you to share your most beloved memories of Richard Bettinger here, so that the family and other loved ones can always see it. You can upload cherished photographs, or share your favorite stories, and can even comment on those shared by others.

Posted Nov 23, 2020 at 09:32am
Maryann, My deepest sympathies go out to you and your family for the loss of your father in law. May the wonderful memories that you all shared sustain you at this difficult time.
Sincerely,
Maryann McCauley
Comment Share
Share via: 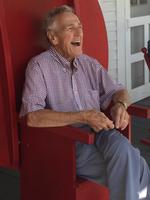 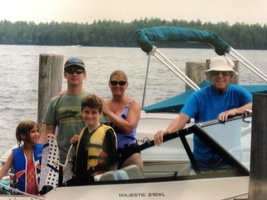 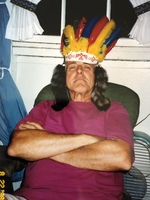 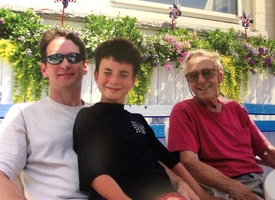