To share your memory on the wall of Priscilla E. Killian, sign in using one of the following options:

Provide comfort for the family by sending flowers or planting a tree in memory of Priscilla E. Killian

Print
Priscilla E. (Boggs) Killian, a long time resident of Acton, passed away Tuesday, February 2, 2021. She was 87 years old. She was the beloved wife of John D. Killian to whom she was married for 64 years.

Mrs. Killian was born in Worceste... Read More
Priscilla E. (Boggs) Killian, a long time resident of Acton, passed away Tuesday, February 2, 2021. She was 87 years old. She was the beloved wife of John D. Killian to whom she was married for 64 years.

Mrs. Killian was born in Worcester in 1933 to the late George and Myrtle (Ridyard) Boggs. She was married to her husband John in 1957 and they settled in Acton where they raised their family. A longtime member of St. Matthews United Methodist Church, she spent many years singing with the choir. Mrs. Killian enjoyed time spent at the ocean, especially at the Corinthian Yacht Club in Marblehead where they spent many summer days. She was proud of her garden and loved to cook for family and friends. More than anything, she enjoyed time with her family, especially for a special occasion at the Wayside Inn. She will be missed dearly by her family and friends.

In addition to her husband John, Mrs. Killian is survived by her children Nancy Clark and her husband Bill of Westminster, David Killian of Framingham and Peter Killian and his wife Melanie of Oklahoma. She was the loving grandmother of Steven and Laura. She also leaves a brother George Boggs and his wife Jane of Worcester and a Brother-In-Law Al Manson of Stoughton. She was predeceased by her sisters Carolyn and Virginia.

Services for Mrs. Killian are private. In the spirit of the care she provided for so many years for her husband, the family encourages those who wish to make a donation in her memory to the American Heart Association 300 5th Ave., Waltham, MA 02451.
Read Less

Receive notifications about information and event scheduling for Priscilla E.

We encourage you to share your most beloved memories of Priscilla E. here, so that the family and other loved ones can always see it. You can upload cherished photographs, or share your favorite stories, and can even comment on those shared by others.

Posted Feb 19, 2021 at 01:22pm
Priscilla was a friend of my mother since kindergarten in Worcester. She and Jack were my parents closest friends. Both were so helpful and supportive of my mom when our dad died in 2012. It is sad to hear of her passing and comforting to remember her smile and many kindnesses to all the Wilkinsons. Please give our deepest sympathy to Jack and all your family.
Karen Wilkinson Lowe and family
Vallejo, CA
Comment Share
Share via:

Posted Feb 06, 2021 at 11:13am
Jack, David, Peter, and Nancy
We are so sorry to hear about Priscilla's passing. Please take comfort knowing that this special loving lady will continue to watch you over you all from the heavens above. Our deep condolences, and special prayers.
The walsh family
Comment Share
Share via: 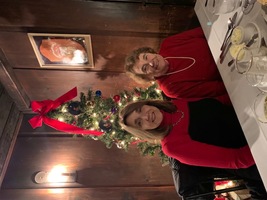 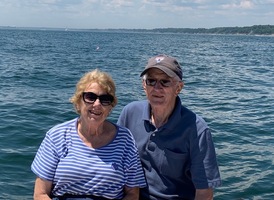 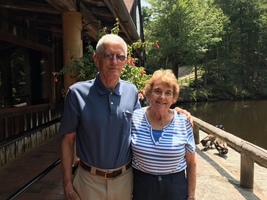