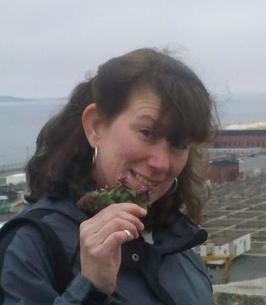 Melissa L. Brooks, 56, of Concord, MA, passed away unexpectedly in her sleep on Sunday, October 24th. She was the beloved wife of Bill Brooks and mother to Ryan and Colin Brooks. Her unexpected passing is deeply grieved by her husband and sons and her Father Thomas Hinson, her brothers Brian and Christopher, and her many friends.

Melissa was born on March 22nd, 1967, in Plattsburgh, NY. Her life with her father Tom, mother Sue, and brothers Brian and Christopher featured the travel typical of a child growing up in an Air Force family. During her childhood, Melissa lived in New York, California, Mississippi, Illinois, Washington, Florida, and Greece, where she attended High School. After graduation, Melissa followed in her father's steps and enlisted in the U.S. Air Force. She took her training at Lackland AFB in Texas. She was stationed at Mountain Home AFB in Idaho and had assignments to South Korea and Turkey.

After her honorable discharge from the Air Force, Melissa attended the University of Central Florida and, in 1997, earned a degree in Social Work. Her passion for service carried her through a career as a social worker that began in Florida, moved with her to Connecticut, and led her eventually to Massachusetts. Most recently she worked as an addiction counselor in two residential treatment programs for women. Melissa has been strictly Vegan for nearly the past 20 years. She mobilized her passion for protecting the vulnerable through her constant advocacy for the protection of animals and her efforts as a volunteer at the Sunny Meadow Sanctuary.

Since 2005, the most intense focus of Melissa's compassion and care has been directed toward her twin sons, Ryan and Colin. Melissa's love of, and care for, her boys was the central feature around which the rest of her life revolved. Even so, the universe of her compassion and care was vast and included neighbors, local friends, distant friends, and the rest of her well-loved family.

A Memorial service will be held for Melissa on November 4th, 2021, at 1 pm. The service will be held at the Trinitarian Congregational Church at 54 Walden Street in Concord, Massachusetts. After the service, there will be a reception at the church, open to Melissa's friends and family. In lieu of flowers, the family requests donations be made to Sunny Meadow Sanctuary, 260 Chapman Road, Barre, MA 01005, in Melissa's honor.