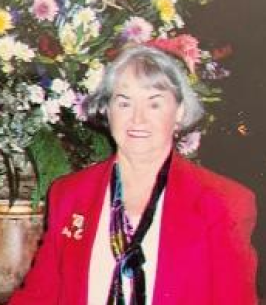 Mary was born in Concord to Harold & Viola (Benson) Priest and was very proud of her heritage and younger days growing up in Maynard. She was a member of the Class of 1953. After marrying, she moved to Acton in 1966 where she raised her family on Taylor Road where her neighbors were her parents, great aunt, and sister and brother-in-law and their family.

Mary was a licensed nurse who trained at St. Vincent’s Hospital (Worcester), worked at Newton-Wellesley as an IV nurse and retired after several years as the Senior Facility Nurse at Digital Equipment Corporation. She also moonlighted as an Acton school bus driver, along with her sister Joan. Mary was an avid reader, she loved to garden and knit many a handmade set of mittens or a scarf for family & friends. She was a great cook and baker who always had homemade bread on hand. And, for retail therapy, she never walked in to a T.J. Maxx she didn’t like .. always a bargain to be had.

Mary inherited her father’s love of traveling, always the driver on any new adventure. She moved to Ogunquit, ME in the mid 1990’s where she met her loving second husband, the late Millard “Bud” Dill. They relocated to FL and then to Abingdon, VA where they shared many happy years.

Mary is also survived by her sister Janet MacLeod (Moe) of Acton and was predeceased by her sister Joan Gregory (Johnny) formerly of New Bern, NC. She also leaves behind a beloved tribe of nieces, nephews, and many good friends.

In lieu of flowers, donations may be made in Mary’s name to the Alzheimer’s Association or the Muscular Dystrophy Association.

Relatives and friends are invited to visiting hours on Tuesday, February 22nd from 4:00-7:00PM at the Acton Funeral Home 470 Massachusetts Avenue (Rte. 111) Acton. A funeral service will be held on Wednesday, February 23rd at 1:00PM at the funeral home. Interment to follow at Woodlawn Cemetery, 104 Concord Road, Acton Center.