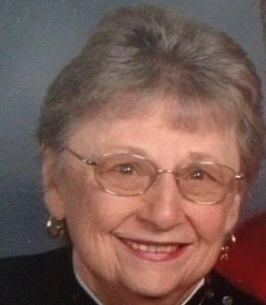 Marjorie “Marge” Evelyn Collagan was a caring wife, mother, grandmother, great grandmother and friend. She left this world peacefully in her sleep the morning of July 18, 2022 at the age of 90. She was the epitome of a strong, New England woman. She was stubborn, fierce, sassy, strong-willed and a prankster, as well as loving, caring and would do anything for those she loved.

She was born on May 11, 1932 and grew up in Belmont, Mass.. She attended Belmont High School. As a teenager, she met the love of her life, Bob Collagan. Bob’s brother Wally married Marge’s cousin. The two met through family and quickly became family themselves. A true love story for the ages.

Marge battled things throughout her life, but her smile and attitude would never show it. She conquered ovarian cancer like the warrior she was.

She also loved spending time with those in the close knit community of The Hamptons in Florida where lifelong friends were made.

Marge enjoyed the challenge of a good game night, where she would inevitably always win, especially in Scrabble or Rummy.

Cards of condolences can be addressed to Bob Collogan at 421 Bolton St., Marlborough, MA 01752.