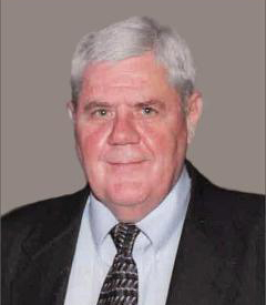 Mr. Best spent 21 years active duty in the U.S. Army Corps of Engineers and retired as a Major. He also was a veteran of the Vietnam War earning the Purple Heart and Bronze Star. He continued his career as a civilian with the Corp of Engineers and later worked as an Environmental Engineer at Hanscom Air Force Base. Upon his retirement he pursued a passion for genealogy and was known as a genealogy angel helping adoptees and others find their birth families.

Mr. Best was predeceased by his parents Thomas and Dorothy Best.

Visiting hours are Tuesday, March 22nd from 2:00-4:00pm at the Acton Funeral Home, 470 Massachusetts Ave (Rte 111) Acton. The funeral Mass will be celebrated Wednesday, March 23rd at 9:30am in St. Elizabeth of Hungary Catholic Church, 89 Arlington Street, Acton. The Rite of Committal will follow at 2:00pm in the Massachusetts Memorial Veterans’ Cemetery, 111 Glenallen Street, Winchendon.