Obituary for Keith A. Robinson 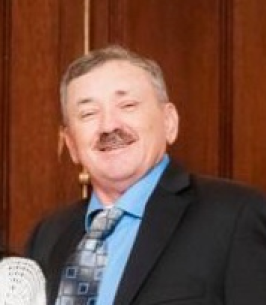 Keith A. Robinson, of Sterling, formerly of Boxborough, passed away peacefully on Friday, May 27, 2022 at UMASS Medical Center in Worcester with his family by his side. He was 66 years old.

Keith was born in Concord, son of the late Alan and Audrey (Finan) Robinson. He was raised in Boxborough and attended the Acton Boxborough Schools. Keith made his career in service to his community. First as a call fireman for the towns of Acton and Boxborough; he then became a full time fireman for the Acton Fire Department. He moved into dispatch due to health issues for Acton and later Concord and Sudbury. When not working, Keith could be found spending time in his garden. Keith enjoyed bowling and he was also a passionate Boston sports fan, especially the Bruins. More than anything, Keith enjoyed time spent with his family. He was a loving son, brother father and grandfather and will be dearly missed by family and friends.

All are invited to visiting hours on Wednesday, June 1 from 4:00-7:00PM in the Acton Funeral Home 470 Massachusetts Avenue (Rte. 111) Acton. A funeral service will be held on Thursday, June 2 at 10:00AM in the funeral home. Interment will follow in South Cemetery, Burroughs Road, Boxborough.