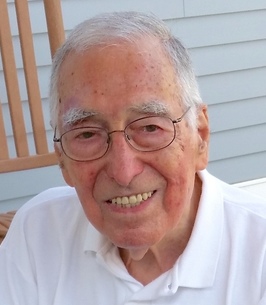 Karl Lorencic, 91, of Marlborough (formerly of Acton) died on July 14, 2022 at Marlborough Hospital. He was born in Graz, Austria on September 23, 1930 to the late Karl and Angela Lorencic. Karl trained in radio repair and immigrated to Canada in 1951, where he worked for a year before his future wife Maria was able to join him. They married in 1952 and had two children. He found a career in Canadian TV working for the Canadian Broadcasting Corporation.
Karl and his family immigrated to the US in 1965 when he received a job offer from Boston’s WGBH-TV. He worked as a WGBH engineer for many years, working on programs including The French Chef with Julia Child, Boston Pops, Masterpiece Theater and many, many more. Karl also worked for Mobile Technical Services and WCVB but returned to WGBH and eventually retired in 1995.

He was a resident of Acton for 54 years before moving to Marlborough. Karl and his wife enjoyed traveling and went on numerous cruises to locations including Alaska, the Panama Canal and the Mediterranean. They also especially enjoyed a time-share in Aruba. Karl will be remembered as a loving husband and father. He was one of a kind and will be greatly missed.

Karl was predeceased by Maria, his wife of 67 years. He leaves their two children; Harold Lorencic and his wife Kimberly of Portsmouth NH and Monica Lorencic of Maynard.

Services for Karl will be held privately.