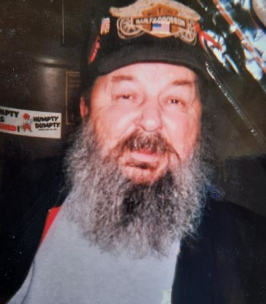 Joseph "DoDo" Clement Brooks of Athol, formerly of Maynard, died peacefully on Feb. 13, 2022. He was a loving father, grandfather, brother and uncle.

"DoDo" worked for the Maynard DPW for many years, loved riding his Harley Davidson and was a long time member of the Maynard Elks.