To share your memory on the wall of John W. Melone, sign in using one of the following options:

Provide comfort for the family by sending flowers or planting a tree in memory of John W. Melone

His next chapter began with Brown University football, the #5 seat of his crew team and economics classes that provided a basis for his thirst for business. John enlisted, traveled, and worked the oil fields of Texas. He returned home to add his skills, knowledge and strong back to those of his father, brothers, uncles, and cousins to build J. (Joseph) Melone and Sons.

John’s greatest adventure started with a chance meeting with the then Marcia Monahan at a Howard Johnson. John poured all the energy his 6ft 2 inch barrel chested frame could muster into loving Marcia, his devoted wife of 63 years. His charm and congeniality was captivating, yet his commitment to work and sense of responsibility was instilled in his eleven children.

John loved, worked for, prayed for, and lived vicariously through his family every moment of his life thereafter. Like his massive hugs, his presence and generosity enveloped his family, friends, church and community. Dad’s true favorite pastime is people. If you had a story to tell, he would sit and listen as long as you wanted to talk. He was a worldly man while rarely leaving Stow, because he would listen and learn of travels of any who would tell. As such his second greatest treasure, second to his wife and family, was the memories of all those stories. Thankfully, John leaves behind a treasure of memories to all in Family, Friends, and Community that were graced by his powerful helping hands, smiling eyes, and warm conversation. Dad will live on in the telling of stories.

Relatives and friends are invited to visiting hours on Monday, May 10th from 4:00-7:00pm in the Acton Funeral Home 470 Massachusetts Avenue (Rt. 111) Acton. Masks are required and social distancing will be observed. The funeral Mass at St. Isidore Church will be private. Interment will follow in Brookside Cemetery. In lieu of flowers, memorial donations may be made to St. Isidore Church 429 Great Road Stow, MA 01775.

Receive notifications about information and event scheduling for John W.

We encourage you to share your most beloved memories of John W. here, so that the family and other loved ones can always see it. You can upload cherished photographs, or share your favorite stories, and can even comment on those shared by others.

Posted May 27, 2021 at 03:39am
I was so sorry to hear of the passing of John. He was a real leader of the community and will be remembered for all he did for Stow.
My thoughts and prayers go out to the entire Malone Family. I will keep you in my Prayers.

Posted May 09, 2021 at 09:30pm
Deepest sympathies to Marcia, the entire Malone family and extended families & especially our dear friend Domnique. We met Johnny Malone just once but heard many stories down through the years. What an amazing legacy this Husband, father, grandfather, friend, coworker leaves behind! RIP Johnny Malone.
Comment Share
Share via:

Posted May 07, 2021 at 05:41pm
One of my first visits to the Melone home, I was asked to sit down at the table, asked if I wanted anything to eat and began to talk to your Dad as if I was returning from a long trip and hadn't seen him for a while. Our prayers go out to the entire Melone family.
Phil and Deb Lamplough
Comment Share
Share via: 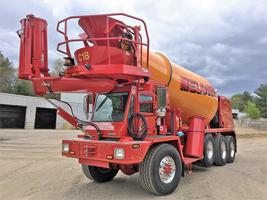 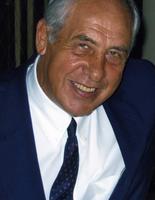