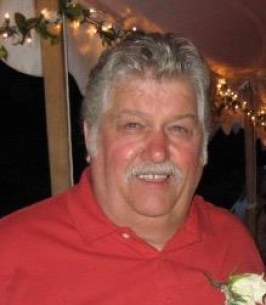 He was born in Ayer, MA on January 26, 1936 to John (Bruce) and Elsie (French) Grzegorowicz. John grew up mainly in the Acton area, with short periods of time spent in Middletown, CT and Hartland VT, before John returned to Acton.

He was a patrolman for the Acton Police Department, before becoming a Master Electrician and worked for Digital Equipment Corporation in Maynard, MA and Nashua, NH for many years before retiring to Davis, NC. John and Joan took many road trips in their RV, mostly up and down the east coast, from Joan's favorite destinations in Maine all the way south to the Florida Keys. It was during one of these trips that they found their piece of the Atlantic shore and built their final home together off the Outer Banks Scenic Highway in Davis, NC. Anything mechanical or in need of repair captured John's attention. He could fix just about anything and enjoyed working with his hands and helping others.

Family and friends are invited to visiting hours from 11:00 am - 1:00 pm on Friday March 4, 2022 at the Acton Funeral Home 470 Massachusetts Avenue (Rte. 111) in Acton, MA with a funeral service immediately following. Interment to follow at the Woodlawn Cemetery, 104 Concord Road in Acton, MA.

The Town of Acton has lifted the mandatory mask mandate. The decision whether to wear a mask or not is up to each individual.