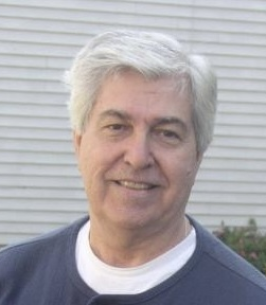 John E. Brentzel passed away peacefully May 25th surrounded by his family after a courageous battle with cancer. He was born September 23, 1938 in New Jersey to Charles L. and Tessie (Chandler) Brentzel. John met the love of his life Marie Sokol in Nebraska and they married in 1961. They moved to Boxborough, MA in 1968 to raise their family and have resided there ever since. John and Marie celebrated their 61st wedding anniversary in April.

John held several professional positions in his career including with Raytheon and the New York Department of Transportation. He was a self taught master of anything computers and enjoyed learning new skills well into his 80’s. While working with Raytheon, he was able to see Hawaii, Australia, and the coast of California. John especially loved to take family vacations, most notably to Montreal, Washington D.C., and Nebraska. Day and weekend trips included skiing, Cape Cod, Hampton Beach, and Saratoga NY.

John enjoyed photography, classical music, Kimball’s ice cream, the beach, Nebraska Cornhuskers football, and being a Grandpa. Above all, John enjoyed spending time with his family. He loved family gatherings, especially holidays, birthdays, and cookouts where his mastery of barbeque and famous homemade chili were second to none. In recent years, he enjoyed watching his granddaughter’s college basketball games while proudly wearing his Connecticut College attire.

John was the rock of our family and will be deeply missed. He was always there when needed, never hesitating to provide advice or a helping hand. When we walked into his home, we were always greeted with a hug or handshake and a warm hello. We will miss sitting with him at the dining room and kitchen tables, where many precious hours were spent chatting and simply enjoying each other’s company.

John is survived by his wife Marie; his daughters Marie (Kevin) Bergin of Hudson, NH, Debbie of Leominster, MA, and Cheryl (Stephen) Howe of Saco, ME; his son John C. of Boxborough, MA; granddaughters Megan Bergin of Hudson, NH and Ashley Howe (fiancé Connor Ramsey) of Alpharetta, GA; and his brother Richard (Marlynn) of Lincoln, NE. He was predeceased by his parents, his brother Charles and his sister Caroline.

John was a member of Saint Elizabeth of Hungary Parish in Acton, MA. Per his wishes, there will be no public service. The family will gather to honor John in a private ceremony.