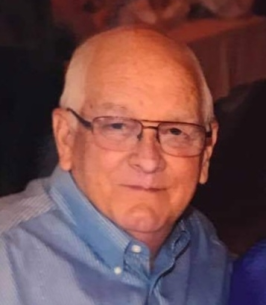 John “Johnny” David Head Sr. of Seaford, Delaware, passed away peacefully on July 30, 2022, with his beloved wife by his side. He was 73 years of age at the time of his death and was visiting his son and grandchildren in Acton, Massachusetts. He was preceded in death by his parents Jim Head and Alene Head. He is survived by his loving wife of 54 years, Ann G. Head, and his children Stacie Rahn and her husband Doug Rahn, of Rehoboth DE, and John David (JD) Head Jr., of Acton MA. John was blessed with 4 grandchildren Cameron and wife Jennifer, Connor and wife Kaitlyn, Virginia, and John David III, and 4 great grandchildren, Aurora, Hunter, Olivia, and Elena; and his two loving siblings Martha Vincent and her partner Guy Daubach of Seaford and Tom Head and his wife Margeret Head of Blades, Delaware.

Johnny married his high school sweetheart Ann in 1968 and raised their family in Seaford creating a wonderful home and beautiful memories filled with love and laughter. John worked for Dupont for 43 years and lived off of Concord Road in Seaford for 46 years. John served in the National Guard for 6 years out of the Harrington Armory from 1967 to 1973 when he was honorably discharged as a Staff Sergeant.

Johnny found great pleasure in many activities around the Eastern Shore. Having been born in a two-room farmhouse in Indian Town, Maryland, Johnny was an Eastern Shore boy through and through. He enjoyed deer hunting in El Dorado, Maryland, every fall with his, now deceased, brother in law Robert (Bob) Vincent ‘04. An avid fisherman, Johnny loved drifting for flounder with his son and friends from his boat in the bay behind Ocean City. Johnny was very active in the Assateague Mobile Sportfishing Association (AMSA) as a director and lifetime member and spent most every weekend of every summer camping and surf fishing on the beaches of the Assateague Island National Seashore. Aside from the outdoor activities, John was extremely active volunteering his time as a band parent with his daughter throughout her high school journey and as a volunteer coach in Nanticoke Little League Baseball. He coached his son from peewee through senior league and even continued to volunteer and coach after his children moved on helping his brother coach the senior league A’s for years.

Johnny’s family is planning a memorial celebration for friends and family on the Eastern Shore the weekend of October 1, 2022. Additional details will be shared once finalized.

In lieu of flowers, please send donations in John Head’s name to Breds Treasure Beach Foundation through the American Friends of Jamaica (theafj.org) website. Please specify Breds. Breds is an organization in Treasure Beach, Jamaica, where his son served in the Peace Corps, that helps provide opportunities to local children as well as vital safety equipment to the offshore fishermen.