Obituary for John A. Alphonse 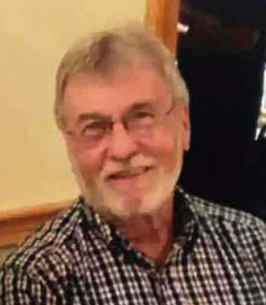 John August Alphonse, a longtime resident of Hudson, passed away peacefully on Friday May 13th at his home with his family by his side. He was seventy-eight years old. He was the beloved husband of Cathy (Corcoran) Alphonse to whom he was married thirty-nine years.

John was born in Abilene, Texas, son of the late John and Katherine (Warren) Alphonse. After moving to Massachusetts, he attended Framingham schools and was a graduate of Framingham High School. He furthered his education at UMASS Amherst where he graduated with a Bachelor’s Degree.

John worked for many years in the restaurant and food & beverage industries. He was the owner and operator of Alphonse’s Powdermill Restaurant in Maynard. He later worked at The International Golf Club in Bolton and most recently for Hopkinton Wine and Spirits in Hopkinton. A passionate Boston sports fan, he enjoyed watching the Red Sox and Bruins. More than anything, he enjoyed time spent with his family and friends, all who will miss him dearly.

Relatives and friends are invited to visiting hours on Wednesday, May 18th from 3:00PM to 7:00PM at the Acton Funeral Home 470 Massachusetts Avenue (Rt. 111) Acton. The funeral service will be held on Thursday, May 19th at 10:00AM in the funeral home. Burial will follow in St. Michael’s Cemetery 278 Cox Street, Hudson.