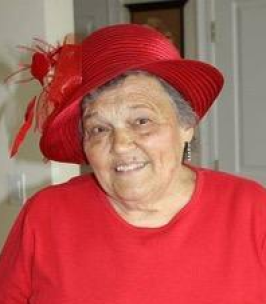 Jeanne briefly attended nursing school before meeting her soon-to-be husband, Harold. They were married November 2, 1946, and their first child, Alan, was born a year later. Within ten years, Jeanne was managing a household of nine while her husband pursued his career. Together they organized and taught their children how to work as members of a team with their own responsibilities. Chores included housecleaning, helping with meal preparation and clean-up, participating in home improvement projects, and maintaining the yard, large vegetable garden, fruit trees, and berry patches.

As a child of the Great Depression, Jeanne was frugal and reused and recycled before it became common practice. Water from the laundry was rerouted into the gardens, egg cartons were returned to the farm where the eggs were purchased, coupons were prized, and all plates were expected to be empty before they were washed. The bounty was shared with others, whether by taking in a young man in need of a home, welcoming the return of family members during times of great need, or inviting those without family to join them for holiday meals.

She loved the children of others, as well as her own; neighbors and friends were always welcomed. She was a scout leader and then a preschool teacher once her children were all in school. She worked for years at Bethany House, a residence for mentally disabled adult women. It was a way for her to honor her sister, Esther, who had Downs Syndrome.

Jeanne was very involved with the South Acton Congregational Church and then the United Methodist Church. Her greatest love was singing in the church choirs. She was a Shepard at the Methodist church until her health failed. For years she recruited bell ringers for Salvation Army and worked many shifts herself. She will be sorely missed by all who knew her and benefited from her love, generosity and kindness.

Due to the current COVID situation, the Memorial Service for Jeanne has been postponed. Please check back for updates.