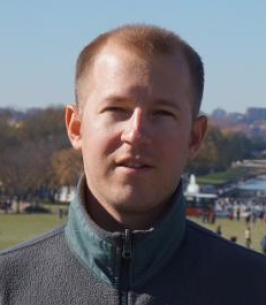 James Robert Kinicki, age 35, died in Tallinn, Estonia on December 21, 2021 of an undetermined medical illness. James grew up in Acton, MA. He graduated from ABRHS in 2004 where he played trumpet in the band. James served as an acolyte at Church of the Good Shepherd. He was an active member of Boy Scout Troop 1 in Acton and earned his Eagle Scout rank by completing a project in the Acton Arboretum.

James was a gifted athlete who much preferred to participate than watch. He played soccer and baseball on Acton town teams. He was a member of the Colonial Figure Skating Club achieving senior level status as a single’s figure skater. He attended the University of Michigan and graduated in 2008 with a Bachelor of Science in Computer Science.

James’ first job took him to Ft. Lauderdale, FL where he traded his skates for a bicycle and became an avid touring cyclist. He set off on many international adventures. His favorite idea for a vacation was spending three weeks on the touring bicycle he built himself to see unusual parts of the world including Iceland and India. His most epic adventure was in 2013 when he spent 14 months bicycling solo from Scotland, across Europe and much of Asia, to finish in Singapore. In 2014, he moved to Sunnyside, NY for a job in NYC where he joined a group who enjoyed cycling and camping on weekends. He moved to Tallinn, Estonia in June 2020 to work for an online gaming company.

From an early age, James loved building complicated structures and was the go-to person in the family for assembling anything that required using tools to put the object together. He loved the outdoors, Boy Scout camping trips, family hikes, and trips to the beach. James also enjoyed playing online computer games, reading, and watching movies. He learned to cook on his overseas treks and enjoyed trying new international recipes. He was very knowledgeable on the latest technological innovations and would willing share his knowledge.

James is survived by his parents, Rachel and Robert Kinicki of Alexandria, VA, his brother, Daniel Kinicki of Blaine, WA, his sister, Sarah Kinicki of Westborough, MA, his grandmother, Sallie Messina, of Jacksonville Beach, FL and many aunts, uncles, and cousins.

James will be missed for his smile, his curiosity, his sense of adventure, and his ready wit.

Visitation hours will be 6-9pm at Acton Funeral Home, 470 Massachusetts Ave, (Rte 111) Acton on February 18, 2021. Funeral services will be held at Church of the Good Shepherd, 164 Newtown Road, Acton, MA (and over Zoom – link below) on Saturday, February 19, 2021 at 11am. At this time, an Town of Acton mandate requires masks in public buildings, including the funeral home and church. Interment services will be held at a later date.

In lieu of flowers, the family requests that you make a donation to your favorite charity in his name. Donating to charities which support cyclists and/or foster peaceful interactions between countries and cultures would be especially appreciated.

Good Shepherd host is inviting you to a scheduled Zoom meeting.