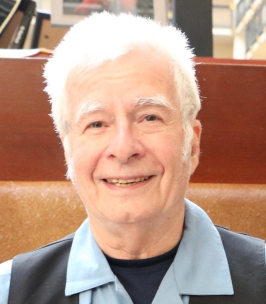 At age 13, he had his first job in a kitchen at a hotel in Cours. In the tradition of apprenticeship, he cooked at multiple other restaurants and then eventually went to Chez Nandron, a Michelin 3-star restaurant in Lyon.

For his naval service in France, Gerard was assigned as a cook on a deep-sea diving boat where he once cooked for Jacques Cousteau, and described stories of cooking meals from huge crustaceans brought up from the depths of the Mediterranean Sea.

After his military service, he worked as a chef in Paris at Closerie de Lilas where the owner of Au Beauchamp in Boston on Beacon Hill asked him if she could sponsor him to come work as Chef at her restaurant. He left for the United States shortly after.

In 1964, he met his wife Joan, of Sicilian descent, who had majored in French in college and was working as a French teacher. It was a perfect match. They married in 1967.

In 1971, Gerard and Joan opened Le Lyonnais Restaurant in Acton, MA where he served as chef every day for 50 years.

Gerard was known for his love for his family and friends, kind heart, mischievous wit, generosity, love of music, free-thinking spirit, enthusiasm, optimism … and of course for the food he cooked for hundreds of thousands of people over his lifetime … and his signature French accent.

In July of 2021, before any sign of illness, Gerard and Joan had decided to retire from their 50 year adventure running Le Lyonnais. Their story was written about in Edible Boston magazine. In the piece Gerard is quoted saying “What we care about is creating joy and community; we want to celebrate 50 years in business and the generations of people whose lives we have had the privilege of being a part of.” With the announcement of their pending retirement, Gerard and Joan announced a special “Victory Lap Menu” and people came from far and wide to enjoy a last meal at Le Lyonnais. To put the life-journeys and change they witnessed during their years at 416 Great Road in perspective - a 16 year old who worked on the first night they opened would now be a 66 year old retiree.

In his approach as a chef and in everyday life, Gerard had an artist’s spirit - and music played a huge role in his life. One of the things he loved most about the restaurant is that it is far enough away from residential neighbors so he could blast his music until untold hours of the morning (he regularly worked past midnight preparing for the next day’s crowd). For the past few decades, the back entrance to his kitchen always had a small sign bolted to the door that said “Entrée des Artistes”.

Gerard died peacefully surrounded by his family on December 1, 2021. He is survived by his wife of 54 years Joan Pietropaolo Labrosse and 2 children, son Jean-Paul Labrosse and his wife Elizabeth Pollman of Altadena, CA and daughter Joelle Labrosse Jordan and her husband Justin Jordan and their 2 children Harper and Simone of Austin, TX. He is also survived by his sister Danielle Cernichiaro of Nice, France and many relatives in France.

He always prioritized living fully and his spark and “joie de vivre” persisted all the way through his life.

In memory of Gerard, donations are welcome to the World Central Kitchen ( http://www.wck.org/ ), an organization started by José Andrés that uses the power of food to nourish communities and strengthen economies through times of crisis and beyond. ( Click “Donate” in the top right of home page and if you’d like - below where you select the amount - check the box that says “Dedicate my donation in memory of someone” and enter RememberingGerardLabrosse@gmail.com ).

Members of the community are also welcome to send condolences and memories, photos, quotes, or favorite stories about Gerard to the gmail address noted above for the family to see. Please include your name and how you knew Gerard in your message.