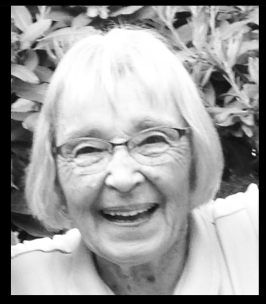 Georgina R. Gaebel of Boxborough passed away on May 7, 2022.

“Jo” is survived by her loving husband of 60 yrs, Gerald, daughter Cheryl and her husband Thomas Lurito of Elverson PA, son Stephen and his wife Annemarie and granddaughter Jordan Gaebel.

She was born April 30, 1939 in Springfield MA and graduated in 1957 from Acton Boxborough Regional High School. In 1961 she graduated from Bridgewater State College with a degree in physical education. After teaching several years in Winchendon MA, she then concentrated on her family. As a supporter of her daughter‘s horseback riding she became the District Commissioner of the Groton Pony Club.

Jo joined the Order of the Eastern Star in 1967 and was Worthy Matron of the local chapter 5 times. She also held several other state and national positions. She received her 50 year pin in 2017.

Jo was an avid dog lover and was passionate about training her Cairn Terriers. She was dedicated to the training, health and well being of her furry friends. Through her pursuit of excellence she succeeded in making her dog, Cala, one of the first Cairns to attain an AKC Utility dog title. Her intense interest in dog training led her to the fun sport of canine freestyle. She set to music and choreographed her own performances that were loved by the judges and spectators alike, resulting in bringing her recent Cairn terrier, Patches, to the sport’s highest level.