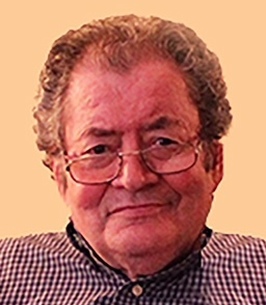 George Wayne MacDonald, 75, a longtime resident of Acton, passed away peacefully on June 30, 2022, surrounded by his loving family after a brief but valiant battle with lung cancer. He was the beloved husband of Janet (Samuelson) MacDonald, to whom he was married for 44 years. He was a wonderful husband to Janet and a devoted father to his son, Bryan.

Wayne was born in Boston, son of the late George Milton and Ruth Katherine (McLaughlin) MacDonald. He grew up in the Auburndale section of Newton, was a graduate of BC High School, and of Northeastern University with a Bachelor’s Degree in English. He served his country with the Eighth Army during the Vietnam War, stationed in Korea.

Wayne had a long and successful career in advertising as a talented Copywriter and Creative Director. When he wasn’t working, he focused on his love of sports and coaching. He was a fan of all New England sports teams, but was most passionate about coaching his son, Bryan, in all phases of Acton Boxborough Youth Baseball and Community Ed Basketball. He was also a member of the Acton Boxborough Youth Baseball Board for several years.

Wayne will be remembered as brilliantly witty (also just plain brilliant) and always ready to tell a story—especially a funny one — delivered with a twinkle in his eye and a remarkably straight face. More than anything, Wayne loved his family, all of whom will miss him dearly.

Wayne is survived by his wife, Janet (Samuelson) MacDonald, of Acton and their son, Bryan MacDonald, and his wife, Michelle, of Lowell. He also leaves a brother, Terry, and his wife, Peg, of Portsmouth, NH, and a sister, Sue Billings, of Tucson, Arizona. He is also survived by his sisters-in-law, Gail Samuelson of Wellesley and Kathy Samuelson of Montpelier, VT, as well as many nieces, nephews and extended family. Sadly, he was predeceased by his brother Joseph and sisters Ruth Walsh and Janet Corley.