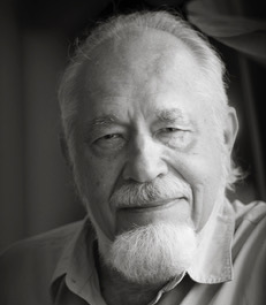 It is with peace and sorrow that we announce the passing of an amazing man, George Agule, husband, brother, dad, papa, grandpa, and an inspiration to so many. George left this world to be with the love of his life, his wife Sallie, on Monday, May 30th, but lives on in the hearts of all of us who loved him so dearly. A Tufts scholar, a Korean War Navy veteran, a brilliant engineer at Raytheon for over 30 years, George proudest achievement was his family. Married to his wife Sallie for 62 years, they raised four children and were blessed with six grandchildren and 5 great grandchildren. George is best described as a renaissance man- intelligent, witty, creative, curious- which he expressed through his art, his writings and engaging conversation later in life.

George J. Agule, Jr., originally from Acton, is survived by his children; Wendy Nowokunski, of Concord, MA, Jamie and Vincent Raso of Nashua, NH, Chip and Joy Agule, of Acton, MA, and Doug and Karen Agule of Concord, MA and his grandchildren, Katy and John Hayes of Newton, MA along with their children Jackie and Tommy Hayes, Devon Agule of Acton, MA, Ana Raso and John McNeil of Nashua, NH, Nina Raso and Christian Taylor of Concord, MA, Neiliz and Jorge Braza of Uxbridge, MA along with their children Isaiah, Makayla, and Miya. George is predeceased and joins in heaven with his wife, Sallie Agule, his granddaughter Jenna Agule and his son-in-law, Ken Nowokunski.

Visiting hours are 5-7 pm Friday June 3rd at Acton Funeral Home, 470 Massachusetts Avenue (Rt. 111), Acton, MA. A Burial Service for family and friends will be held on Saturday June 4th at 10:00 am at Woodlawn Cemetery on Concord Road in Acton.