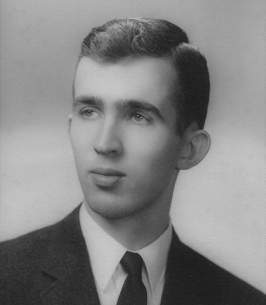 Born and raised in Cleveland, Ohio, Gary was the eldest son of the late Raymond A. and Dorothy I. (Pretzer) Shamel. He moved with his family to Acton in 1959, where he pioneered the family's later interest in downhill skiing. Gary attended Ohio State University, and was a graduate of Windham College in Putney, Vermont. A veteran of the US Air Force, he worked in several occupations throughout his long career, including as a school bus driver for the Town of Acton, a U.S. Mail Carrier in Acton, and as a shipping clerk at a local publishing company in Littleton, MA, before retiring.

Gary loved books, writing, literature, and German culture. He spent a year living with an Austrian family while studying German in Salzburg. In later years, Gary published articles for the Seashore Trolley Museum in Kennebunkport, Maine. Gary also loved animals, especially dogs and horses, and most recently enjoyed working and riding at the Cornerstone Ranch in Princeton, MA, where his favorite horse was “Happy.” He will be deeply missed by his family and friends.

Gary is survived by his three younger brothers, David Shamel of Merrimack, NH, Roger Shamel of Hillsborough, NH and Richard Shamel of Sagamore Beach, MA; in addition to many nieces, nephews and extended family members.

Services and interment in Acton's Woodlawn Cemetery are inclusive of family and immediate friends, but are otherwise private.