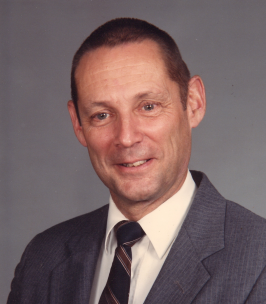 Jeff was born in Norwood, Massachusetts on September 4, 1931, the son of Clair and Esther (Johnson) Davis. He was a graduate of Norwood public schools and was awarded a Bachelor of Science degree from MIT in 1954.

He began working for W. R. Grace & Co upon graduation from MIT. He served two years of active service with the Army Corps of Engineers as a commissioned officer.

Jeff married Priscilla Head in 1957 and they settled in Westwood, MA. They relocated to Western Springs, IL in 1965 and then returned to MA in 1972, living in Acton.

Jeff became involved with the Acton Minutemen and stayed active with them for over 30 years, even in his retirement. After working almost 40 years with W.R. Grace, he and Priscilla retired to Harwich Port, MA in 1992.

After retirement, Jeff joined the U. S. Coast Guard Auxiliary and held several offices, including the Keeper of Chatham Lighthouse. He enjoyed volunteer work for Habitat for Humanity and assisting disabled adults. As an active member of the Pilgrim Congregational Church, Jeff served on many boards and committees.

His many hobbies included vegetable gardening and stamp collecting. He and Priscilla enjoyed traveling worldwide in their retirement.

He was predeceased by his wife Priscilla in 2017. He is survived by his son Charles (Kirsten) of Casco, ME; his daughter Lindsay Brooks (Christopher) of Westford, MA; Grandchildren Cameron (Andrea) of North Andover, MA; Brett (Emily) of Arlington, VA; and Amanda Brooks of Burlington, VT.

A memorial service will be held later in the spring in Harwich Port. Memorial contributions can be made to Pilgrim Congregational Church, Harwich Port, MA or your local chapter of Habitat for Humanity.