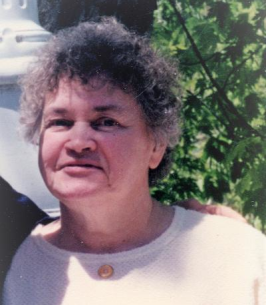 Ethel Warrene (Davis) Johnson, a longtime resident of Acton and formerly of Boxboro and Littleton, died peacefully on Monday, January 3, 2022 at the Life Care Center of Acton Mass.

Born in Concord MA on December 7,1932, she was the daughter of the late Warren Leander and Ethel (Fitzgerald) Davis. She raised her six children in Boxboro with her husband Edwin until his death in 1971. She is pre-deceased by her son Robert and an infant daughter Elizabeth. She is also predeceased by her sister Carolyn Anderson, and brothers Richard (Bud), James, Lee (Buck), and Bill.

She was a graduate of the Acton High School and continued her education at Middlesex Community College. She worked for many years as a Nursing Assistant and as a Transportation Aide. She attended the West Acton Baptist Church and the Congregational Church in Boxboro for many years. She was a Den mother in the scouting program and was a familiar fixture at local ball fields, hockey rinks and school auditoriums supporting her children and grandchildren in all of their activities. She enjoyed cooking, good music and puzzles. An avid reader all her life, she was a valued teammate in the Family Trivial Pursuit Competitions.

She is survived by her daughter Judy (Bill) LeSage of Littleton, sons Richard of Littleton, Ken (Deb Eliot) of Boxboro, David (Holly) of Lunenburg, Daniel (Alison) of Devens, her grandchildren Samantha Begin of Maine, Richard Johnson of Fitchburg, Karen (Bryan) of Virginia, five great grandchildren and many nieces and nephews from her large extended family. She will be missed by her remaining sister Linda (Davis) O’Neil and her husband Richard of Acton, and in-laws Robert (Pauline) Johnson of Maynard, Marty Davis-Druschel of South Carolina, and Terry Davis of Maryland.

A Celebration of Life and interment at Mount Hope Cemetery, West Acton, will be held in the Spring. In lieu of flowers, Rene’s wishes were that a donation be made to your local library to support the purchase of large print books and Audio Readers that were treasured and well used items during her later years.