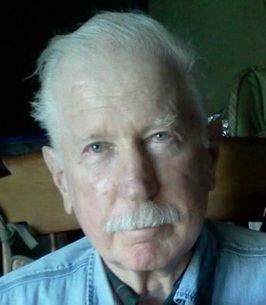 Donald Alvah Spinney, a longtime resident of Boxborough, Massachusetts, passed away on June 14, 2022. He was 89 years of age. Donald was the beloved husband of Barbara (Wadsworth) Spinney, to whom he was married for 60 years.

In addition to his wife, Barbara, Donald is lovingly survived by his children, Kimberly Dugas and her husband Dan, Bryan Spinney and his wife Lisa, Michelle Driscoll and her husband Paul. He was the loving grandfather of Bradley, Brianna, Leah, Matthew, Sarah and Spencer, and great-grandfather of Evelyn. Donald was predeceased by his brothers David and Caroll Spinney.

Donald was born in Framingham, MA, son of the late Chester A. and Margaret (Fagan) Spinney. He was raised in Acton and was a graduate of Acton High School, class of 1950. Donald served in the military from 1951-1955. As a member of the Air Force during the Korean War, Donald was sent to England and to Germany.

Donald was employed as a mechanical engineer throughout his career. He worked at Chu Associates, General Radio, and retired from Raytheon.

As an antique auto enthusiast, Donald belonged to two car clubs, The Model T Club in Western MA and the local Ford V8 Club of New England, of which he was an honorary lifetime member. Donald enjoyed restoration of the antique cars and annual trips to the large antique car flea market in Hershey, Pennsylvania. Donald drove antique cars in parades and in weddings, and he and Barbara went on many car club trips to various destinations.

Interment will be private at a later date.