Obituary for David A. Tompkins 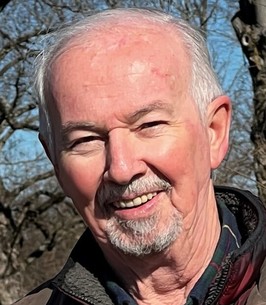 David Tompkins, 75, of North Branch, NJ, passed away on Friday, July 1, 2022 at his home surrounded by his loving family. Born September 16, 1946 in Concord, MA, David spent most of his early life in Maynard, MA; 20 years in Tenafly, Little Falls and Stanhope, NJ, and finally moved to North Branch into his historic house, built in 1790, 20 years ago.

Mr. Tompkins graduated from Maynard High School, Class of 1964 and received his Undergraduate degree from the University of Massachusetts. He was a drummer in the University based band called The Boss Tweeds, and had played a reunion show there just a few years ago. David then went on to receive his MBA in finance from Suffolk University in Boston after serving our country in the US Air Force from 1970-1973 during the Vietnam War.

David worked as a Treasury Analyst for Securitas Security Services for 20 plus years before his retirement in 2020. He was also a member of the Branchburg Historic Preservation Commission and the West Jersey Proprietors. David loved photography, traveling out west and throughout Canada, and studying genealogy. The one thing David enjoyed the most was spending quality time with his family especially his grandchildren.
He is preceded in death by his beloved parents, Irene and Ruoff Tompkins. Surviving are his loving wife and partner of over 30 years, Janet M. Stubbs Tompkins, one dear son, William and wife Amanda Tompkins of Downingtown, PA; one loving daughter, Amanda and husband Colin Apple of Salt Lake City, UT; two sisters, Elizabeth Lowe of Acton, MA; Jeannette Thompson of Cape Cod, MA; four cherished grandchildren, Chase, Fynn, Callum, and Alasdair, loving nieces and nephews, and his feline companion a Siamese cat, Jake.

Memorial contributions may be made in David’s memory to the Council of Proprietors of West New Jersey, PO Box 572, Burlington, NJ 08016.