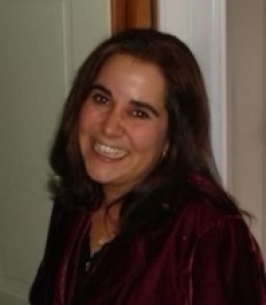 Christiane E. “Christy” (Santos) Storlazzi, 50, of Acton, MA, died at the Lahey Clinic in Burlington, MA with her family by her side on Monday, August 1, 2022 after a long battle with cancer. She and her husband, Kenneth R. Storlazzi, were to celebrate their 9th wedding anniversary on August 3rd.

Born in Concord and raised in Acton, MA, she was the beloved daughter of the late Charles E. and Ena (Hodges) Santos. She was a graduate of the Acton schools and earned a bachelor’s degree from UMass Amherst. Christy was employed as a technical support specialist at Vericast for 20 years.

Christy especially cherished time spent with her family. She also enjoyed her iced coffee and binge watching Hallmark movies. Charity, the family dog, held a special place in her heart. She will be deeply missed by her family and friends.

In addition to her husband, Ken, she is survived by her son Robert Wilhelm, stepchildren Evan and Julia Storlazzi; a brother Charles E. Santos II; two sisters and brothers-in-law, Robin and Bradley Bocash, and Dawnne and Scott Kennedy; in-laws Keith Storlazzi, and Lisa and Kurt Sherman; as well as several nieces, nephews and extended family members.

Visiting hours are Friday, August 5th from 5:00-7:00pm at the Acton Funeral Home, 470 Massachusetts Ave (Rte 111) Acton. The funeral service will be held Saturday, August 6th at 9:00am at the funeral home, with burial following in Woodlawn Cemetery, 104 Concord Road, Acton Center.

In lieu of flowers, memorial gifts may be made to the Epilepsy Foundation, 3540 Crain Highway, Suite 675, Bowie, MD 20716, referencing “In memory of Christiane Santos Storlazzi” on the memo line; or by donating online at https://give.epilepsy.com/page/33651/donate/1