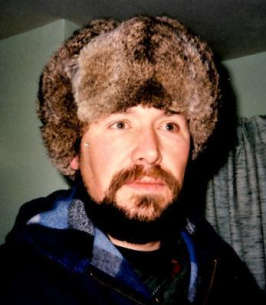 Charles W. “Chuck” Whitehead, 68, of Hubbardston, formerly of Acton, Mass., died at home, October 29th, 2021 with his loving family at his side.

Son of (the late) Charles W. Whitehead and Alyce K. [nee O’Brien] Whitehead, Chuck was born August 28, 1953 and grew up in Acton, where he graduated from Acton-Boxborough High School in 1971. Established in his early twenties as a top-shelf mechanic and auto body craftsman, he worked at Mosher Auto Body, of Sudbury; Summilage Motors, of Maynard; R.R. Donnell and repaired heavy equipment for the Barrington Company, of Lexington.

Serious and dedicated on the job, he might also have been seen doubling the speed limit on an empty stretch of Route 2, on his modified Honda 750 bike. Towards the end of his life, Chuck rode a three-wheel, “slingshot” motorcycle, towing a huge American flag in the wind, still in the spirit but somewhat more conservative in his driving habits.

Married to Leslie A. Parke in 1985, the couple lived at their home in Hubbardston for many happy years. A lifetime outdoorsman, large game hunter, gunsmith and dog breeder, Chuck’s taxidermy collection is impressive and tells a story all its own. He was mentor to many as a bow hunting instructor. After breeding boxer dogs successfully - Mystic Kennels, his company - Chuck returned to technical and mechanical work for Ken’s Foods of Framingham, where he was employed until forced to retire due to his illness.

He is survived by his loving wife of 36 years, Leslie A. [nee Parke] Whitehead; by three sisters: Kathy Barron and husband Walter, of Berlin; Susan Bonitatibus and husband Manuel, of Stow; and Jane Whitehead and husband Robert Simpson, of Haverhill. He is also survived by niece Laura and Rich Galen; nephew Tony and Katie and Hattie Bonitatibus; brothers in law, Dana Parke of Bourne; John and Nancy Parke, of Virginia.

He will be remembered well.

Those who wish may make gifts in Chuck's name to https://huntofalifetime.org/, giving kids under 21 with life threatening conditions the chance to fulfill dreams of hunting & fishing.