To share your memory on the wall of Carol \'Ann\' (Foley) Leary, sign in using one of the following options:

Print
Carol "Ann" (Foley) Leary, 78, a long time resident of Acton, MA, passed away Tuesday, March 30, 2021 at UMass Memorial Hospital in Worcester. She was married to the late Edward M. "Coach" Leary who passed away in 2008.

Daughter of Edwar... Read More
Carol "Ann" (Foley) Leary, 78, a long time resident of Acton, MA, passed away Tuesday, March 30, 2021 at UMass Memorial Hospital in Worcester. She was married to the late Edward M. "Coach" Leary who passed away in 2008.

Daughter of Edward F. Foley and Adeline R. (Cencini) Foley, Ann was born and raised in Watertown, MA and was a graduate of Watertown High. Ann received her Bachelors degree in Elementary Education from Leslie University. She spent many years teaching first and second grade in Acton, MA at the Merriam Elementary and McCarthy Towne schools. Ann loved teaching, and spent innumerable hours preparing her classroom every year. Early in her career she began saving students’ classroom projects which she would later return at the students high school graduation. She loved seeing how ‘her kids’ had grown up. While teaching Ann was also active as a representative for the teachers union.

Ann is survived by her son, Sean D. Leary and his wife Margaret (O’Neil) Leary of Holden, MA and their eight children: Deirdre, Carly, Edward, Patrick, Seamus, Owen, Malachi, and Rileigh; her two great-grandsons, Oliver and Luke; and her daughter, Maura L. Leary, of Acton MA. She is also survived by her brother Thomas Foley and sister in law Patricia Foley of Osprey, FL, her sister in law Mary Lindstrom of Francistown, NH, her brother in law Guy Bovie of Berkeley CA, and her brother in law Chief Petty Officer, Hospital Corpsman Bonifacio "Chito" R. Aquino (RET) U.S.N. of Marlboro. She is also survived by many nieces and nephews and grandnieces and grandnephews.

Ann was a devoted wife, and Coach’s biggest supporter. She was a mainstay at Acton-Boxborough football games. She delivered oranges and water during grueling double sessions, was a fixture in the crowd on game day, hosted coaches and players alike for post game film breakdowns, and played nurse on more than one occasion to an injured player. Over the years she welcomed many young men into her home as adoptive sons. Her handmade score sign was hung after every game, win or lose. On away days it was a race to make it home and get the sign up before the buses drove by the house. She cheered for her boys, win, lose or draw.

Ann was an avid gardener, and enjoyed planning and planting her garden every year. After retiring from teaching she joined the Acton Garden Club. She also took up water aerobics, and began selling antiques at Northbridge Antiques in Concord, MA. Ann had an active social life, and if she wasn’t with her grandchildren she could usually be found with a group of friends having coffee or seeing a movie.

Ann had a small circle of childhood friends who remained close for over 65 years. They were her sisters, and she loved them dearly.

Ann loved reading, and enjoyed going to the Museum of Fine Arts. She was an avid rummager, and would spend hours perusing thrift shops. She was also an active member of her High School reunion committee.

Ann’s true passion was her grandchildren. Granma attended every sporting event, school play, or exhibit that she could. She was a familiar face and welcome presence to students, parents, and faculty. Granma was never happier than when she was with her grandchildren. They were the lights of her life and brought her endless amounts of joy. Her ritual after every event was to stop at the cemetery and tell "Pada" how they did.

There will be a private graveside service at Mount Hope Cemetery on Central Street in Acton. In lieu of flowers donations may be made to the Saint Boniface of Haiti foundation at healthequityintl.org or to the Acton Garden Club at PO Box 2137 Acton MA 01720

We encourage you to share your most beloved memories of Carol 'Ann' (Foley) here, so that the family and other loved ones can always see it. You can upload cherished photographs, or share your favorite stories, and can even comment on those shared by others.

Posted Apr 01, 2021 at 09:37am
I am deeply saddened by Ann's death. She was, as is obvious by the qualities mentioned in the Death Notice/Obituary, an extraordinary person. Her many kindnesses to so many exhibit her sense of generosity and compassion, as well as of fun. I met Ann and her daughter Maura, some years back, when they visited my booth at the Concord Antiques Show. I knew, instantly, that they were special people. I also saw and conversed with Ann, often, when I became a dealer at Northbridge Antiques. Her presence will be missed, though I imagine she is watching over us. The words of C.S. Lewis, penned at the end of the the last book of Chronicles of Narnia, come to mind in thinking of Ann:(paraphrased) "but for us, this is the end of our story, but for them, it was just the beginning of a New Story that has never been told on earth; one where every page is better than the one before".
Comment Share
Share via:
MM

Posted Mar 31, 2021 at 01:51pm
So sorry to hear of Ann's passing. She was such a dear friend to my Mom, Mary Moreau. I will keep you all in my thoughts and prayers.
Comment Share
Share via:
LS

Darryl and I are so sorry to hear of Mrs. Leary’s passing. She was a wonderful lady. ❤️❤️ Sending prayers for the family.🙏❤️ -Darryl and Lisa Schwartz 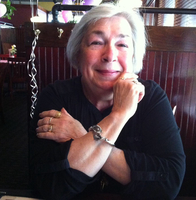 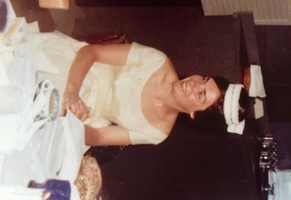