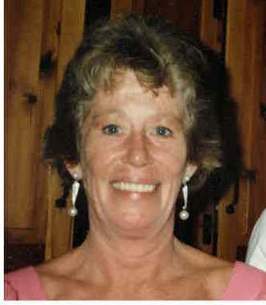 Barbara (Haas) O’Donoghue, a resident of Acton since 1963, passed away peacefully at her home Sunday, May 8, 2022. She was the beloved wife of the late Henry J. “Harry” O’Donoghue who passed away in 1994.

Barbara was born in Altoona, PA, daughter of the late Joseph and Kathryn (Campion) Haas. She was raised and educated in Ridgewood, NJ and was a graduate of Ridgewood High School. She spent one year at Agnes Scott College before she and her family moved to Havana, Cuba. There she attended Villanova University where she graduated with a bachelor's degree in Chemistry. It was also in Havana where she met her soon-to-be husband, Harry. They returned to the US and lived for a time in Wayland and California before settling in Acton.

Mrs. O’D, as she was affectionately known, genuinely loved her community. She was a faithful attendant at her children’s athletic events and was a dedicated member of the Monday Night Quarterback’s Club and The Colonial Club Hall of Fame. Many nights were spent enjoying the company of family and friends at her home where she sat at her corner seat at the bar. When they first moved to Acton, Barb and Harry hosted an annual summer party for the neighborhood. The Patriots Day celebration also became an annual event for an ever-broadening group of friends when the early morning trek from Acton to Concord began with Barb’s blueberry muffins and ended after significant celebration late at night. Friday night pizza nights were another tradition where friends and family joined to enjoy Barb’s special recipe. Barb was a lifelong bridge player and throughout the years developed enduring friendships with the “bridge ladies”. Barbara was a talented seamstress who made many of her own clothes and was especially proud that she had made her own wedding dress. More than anything Mrs. O’D loved and enjoyed the time spent with her family, especially her grandchildren. They affectionately referred to her as ‘Berber’ and ‘Mi Barbara’. She will be dearly missed.

She is lovingly survived by her four children, Kerry O’Donoghue, John O’Donoghue, Patrick O’Donoghue, and Michael O’Donoghue. She also leaves seven beloved grandchildren and one great-grandchild.

Relatives and friends are invited to visiting hours on Tuesday May 17th from 4:00-7:00PM in the Acton Funeral Home 470 Massachusetts Avenue (Rte. 111) Acton. The funeral Mass will be held on Wednesday May 18th at 10:30AM in St. Elizabeth of Hungary Church, 89 Arlington Street, Acton. Interment will be private at a later date.